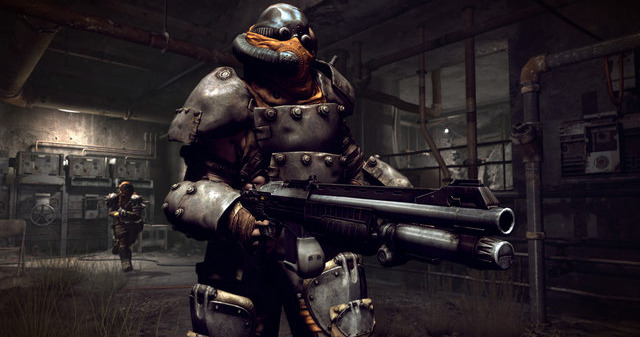 Check out some of the previously released screens from RAGE.
John Carmack, co-founder of id software, revealed some interesting things during an interview related to Rage. We know many developers complain about memory issues on the  PS3, but Carmack explained in detail as to why that is a huge problem.
“We had to make the game dominated by the console hardware trade offs. And the PlayStation 3 is, in some ways, the long pole there. They are close, the PS3 and the Xbox 360.”
“You don’t have to do radically different things, but the memory is a little tighter on the PS3 because it is segmented and Sony takes a little bit more off the top for their guide overhead than Microsoft does,” he said. “There is no doubt that decisions had to be based around what would work well on the consoles.”
He also mentioned that, even though the PC is a lot more powerful than the consoles, he felt a bit handicapped because he couldn’t optimize it as well as the consoles, due to the API overhead. However, it could be overcome due to the hardware superiority of the PC and can be brute forced to make the game run much better than the consoles.
“If I want to do all these things in 15 milliseconds, the PC is at a bit of a handicap – and it has to make up for it with raw brute force.” He expresses disappointment at all three platforms, whether it is the memory on the PS3, Disc space issues on the X360 and the API overhead on the PC.
He has already stated about the Xbox 360 and PC problems before, but the PS3 memory segmentation issue is a new one for us. It looks like it won’t be that easy to satisfy him, hopefully the next-gen hardware will manage to accomplish that.