Later today CD Projekt RED, developers of The Witcher and The Witcher 2, are to announce a brand new game at 5PM, rumoured to be an shooter-cum-RPG.

Rather than wait until the press conference, which will be streamed via www.thewitcher.com and The Witcher Facebook page, CDPR have teased some concept art that is sure to get the juices of anticipation brimming come the eventual release. 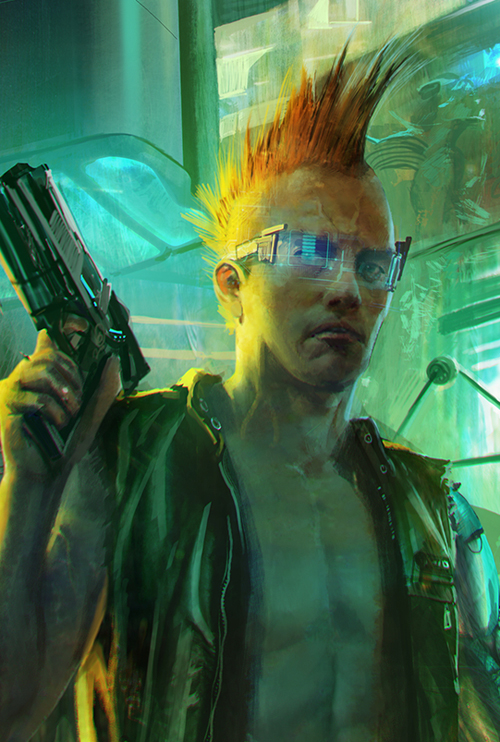 First of all, this image affirms the notion that the announcement will indeed pertain to a shooter, meaning the title will not only be CDPR’s first non-fantasy game, the first title outside of The Witcher universe and perhaps also the first title to be written entirely in-house.

The image also suggests a world different to that of Temeria, Kaedwen and Nilfgaard; a cyberpunk universe with slatherings of Blade Runner and Deus Ex.

Oh, and mohicans. Everyone likes mohicans.