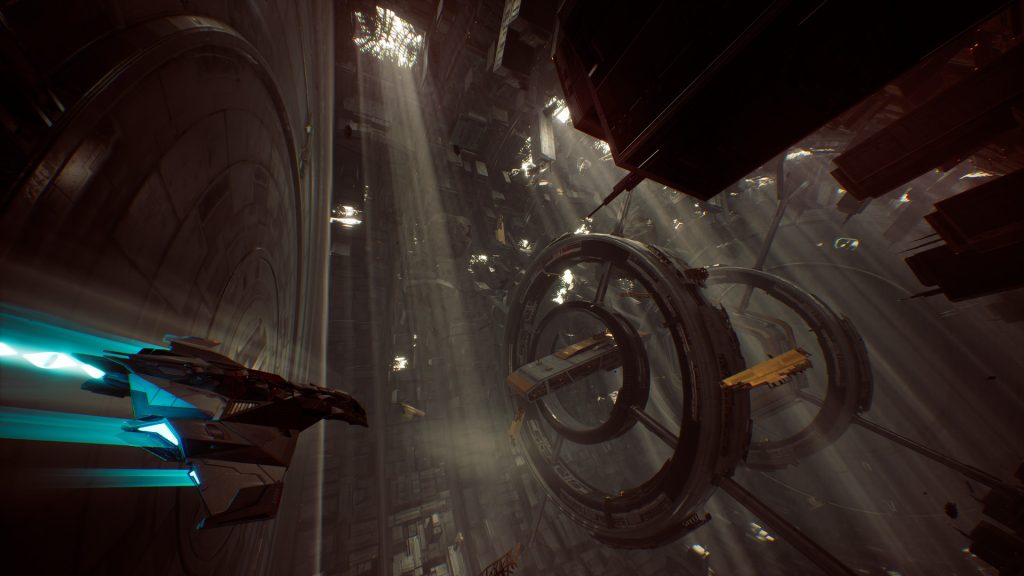 Fishlabs’ upcoming cinematic space combat title Chorus has received some extensive new gameplay footage via IGN. It offers a better look at the shooting and movement, particularly Forsaken’s ability to drift, along with how a typical mission can play out. Check it out below.

The mission in question sees Nara and Forsaken traveling to Maka Haven to free it from the Circle’s occupation. Psychic Totems are present and seem to be hampering Nara’s powers so the player must destroy them, weaving in and out of the star-base to do so. Upon liberation, the duo can dock into the station. This brings up the ship customization menu with the player able to change and upgrade weapons.

Chorus is out on December 3rd for Xbox One, Xbox Series X/S, PS4, PS5 and PC. There’s a lot more to the gameplay, whether it’s exploring the various systems for allies or venturing into Ruins of the Faceless for powers. To learn more about it, head here.