City of Brass Coming to Nintendo Switch on February 8th

The first-person rogue-lite sports will come with three new characters, along with content from previous updates. 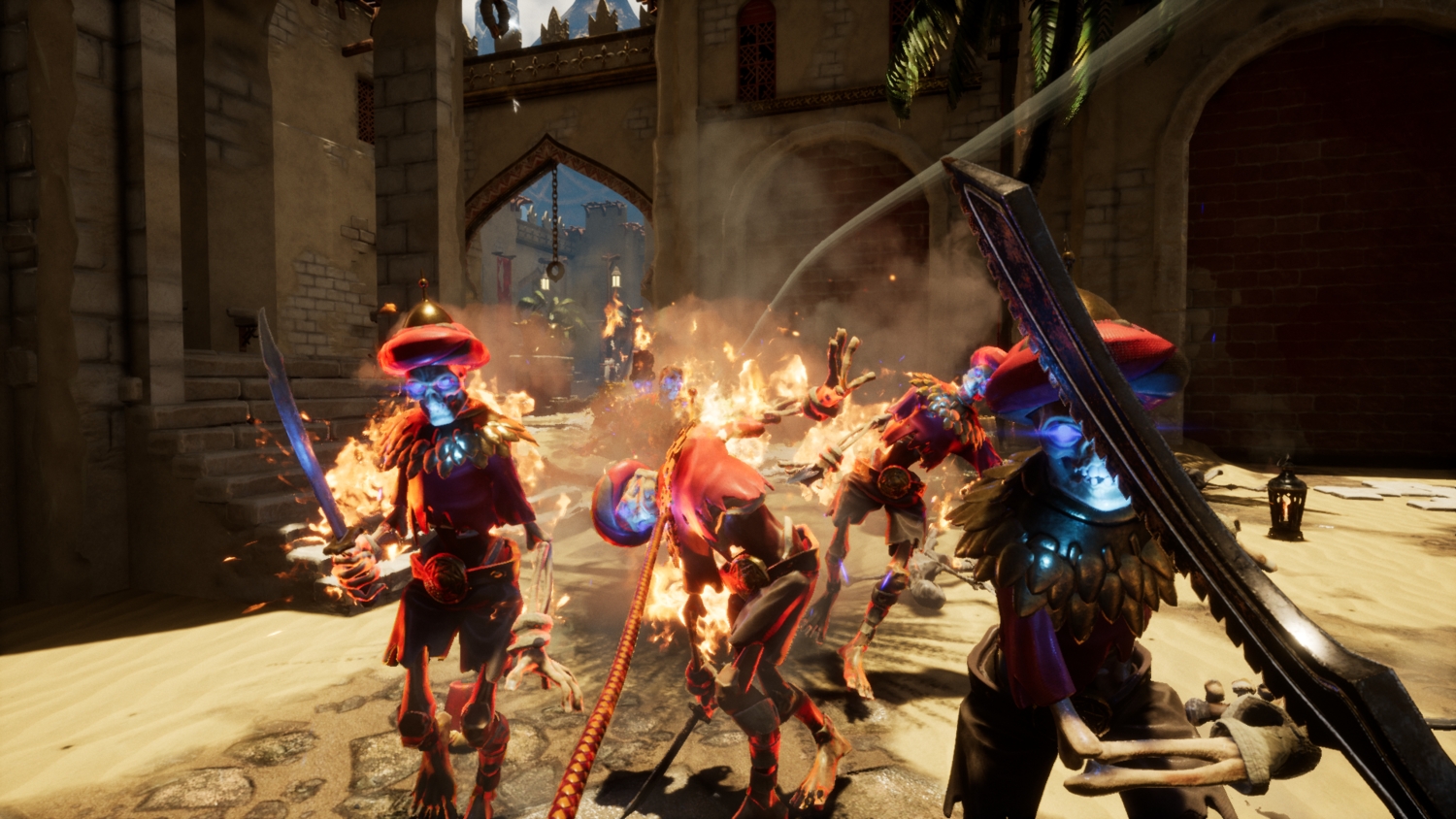 Uppercut Games’ first person rogue-lite City of Brass didn’t have the most explosive reception when it launched for Xbox One, PS4, and PC. However, it may just have better luck on the Nintendo Switch. The developer recently announced that City of Brass would be heading to the Nintendo eShop on February 8th.

The story focuses on players venturing into the titular City of Brass and stealing the treasures that lay within. The city’s environments are procedurally generated and change with each run, so you’ll come across different hazards with each new attempt. Fortunately, players can use a whip to fight enemies, swing from various objects, and even grab objects.

If the city is a little overbearing (or too easy), then the Blessings and Burdens system lets you fool around with modifiers to increase player health and damage output, item costs, and much more. City of Brass will feature three new unlockable characters – the Brigand, Soldier, and Hellion – to go with the Fool and Traveler on Nintendo Switch. Each promises a different gameplay experience to go with all the new enemies, weapons, and relics added through free updates.