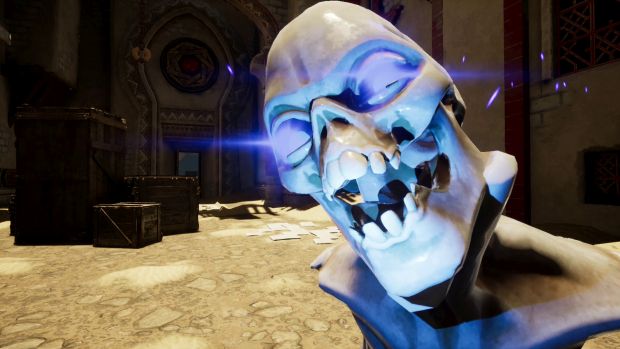 Uppercut Games’ City of Brass has been somewhat under the radar since it entered Steam Early Access. Having been there for less than a year, the procedurally generated first person rogue-lite challenges you to gather treasure and items while fighting enemies. The full version is now available with update 1.0 which brings tons of new features and bug fixes, including the final boss fight.

As with Spelunky, players will have a whip to start with. City of Brass allows them to bestow different benefits to the whip, including igniting enemies. The existence of genies, who grant wishes for different powers while offering items, throws an extra wrinkle into the adventure.

Since you’re racing against time, the general vibe of the game has plenty of jumping and sliding, navigating spikes and blades while fighting off enemies in order to progress forward. Along with PC via Steam, City of Brass is also available for Xbox One and PS4. Check out the launch trailer below for more information.