City rebuilding will not return in Assassin’s Creed 3, confirms Ubisoft 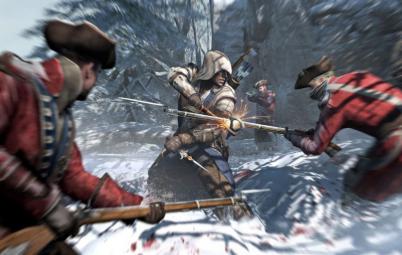 Ubisoft has confirmed that the city rebuilding feature that tied in with the economy in the last three Assassin’s Creed games- 2, Brotherhood and Revelations- will not be making a return in Assassin’s Creed 3.

“I can confirm you will not be rebuilding cities, as with Rome or buying Constantinople,” said Ubisoft Montreal’s creative director Alexander Hutchinson in an interview with NowGamer, “but there is a unique gameplay loop that fulfills some of these needs: stay tuned.”

Well, seeing the Frontier setting of Assassin’s Creed 3 and how it’s largely different from previous games in the series, the rebuilding feature wouldn’t have made much sense anyway. But we’re excited to see how Ubisoft will “fulfil” that “loop.”

Ubisoft also believes Connor has more depth to himself as a character than Ezio or Altair.

Some new details on AC3 were also recently revealed. Have a look at them here.

Check out what we want to see in Assassin’s Creed 3 in our article through this link.