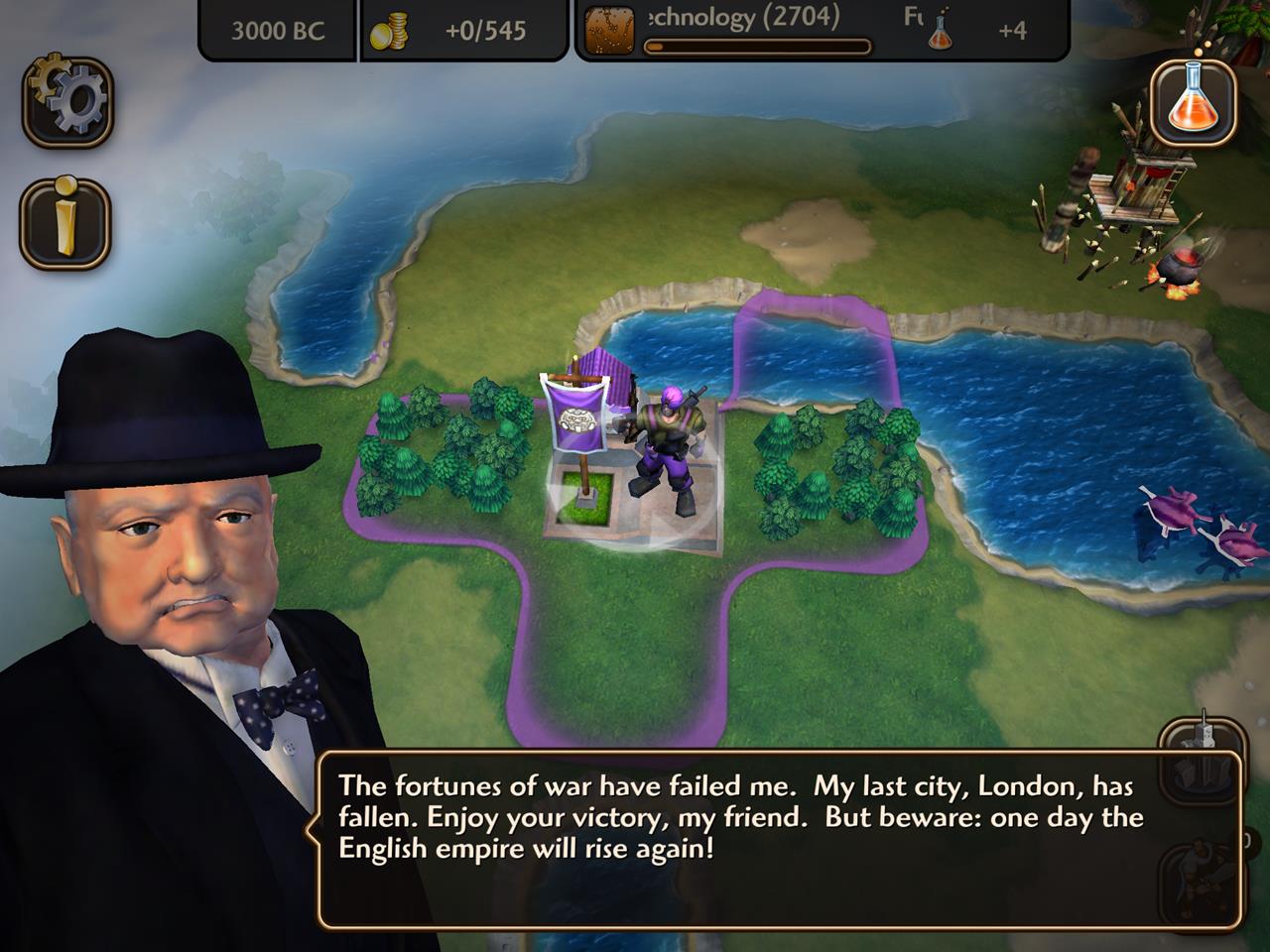 Although Civilization is primarily a PC series, it has had a good measure of success on other platforms too- Civilization Revolution was released on Xbox 360, PlayStation 3, and the Nintendo DS, and later on, it was also released to iPhone- on each of these platforms, it was met with a near unanimous amount of critical acclaim.

Now, a sequel to the original game has been announced- Sid Meier’s Civilization 2 will be coming to iOS platforms, with an Android version planned for sometime later. The game has been announced as a ‘premium’ game, meaning it won’t be a bastardized free to play atrocity, like, say, Roller Coaster Tycoon 4 Mobile was. Rather, it will probably be something like XCOM: Enemy Unknown for iOS was, as a higher priced, full fledged game optimized for mobile platforms.

It hits iOS platforms July 2; an Android release will follow some time later. No release date for Windows Phone has yet been announced.