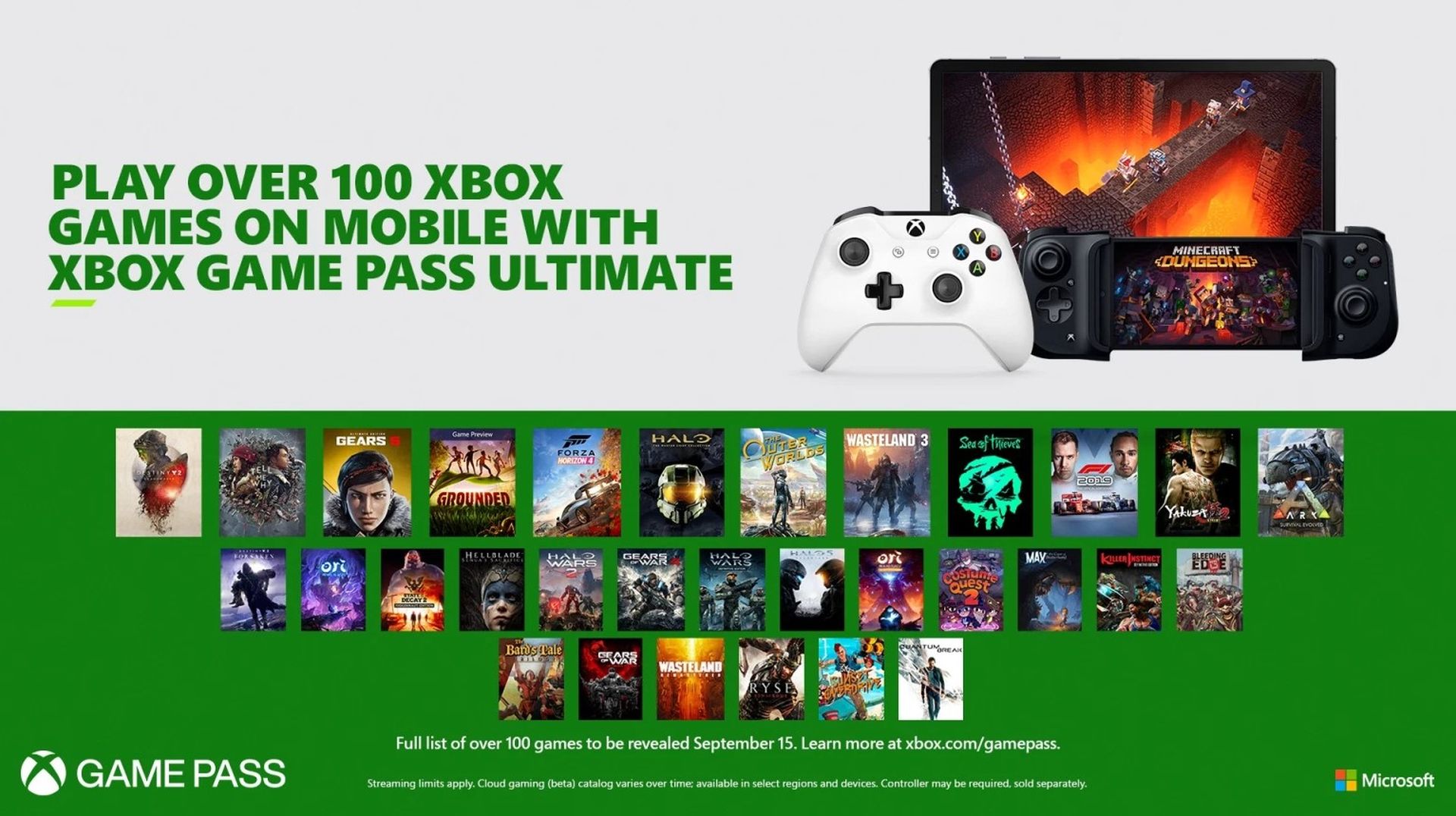 Microsoft has announced that its cloud gaming initiative, Project xCloud, will formally arrive for Xbox Game Pass Ultimate subscribers on September 15th. The initiative will be available as a beta and include over 100 titles that can be played on an Android phone or tablet. Microsoft will also work with companies like Razer, Nacon, PowerA and 8BitDo for specific cloud gaming accessories.

Such accessories include travel controllers to Xbox controllers that can be attached to the sides of the phone (which sounds vaguely JoyCon-esque). A regular Xbox One Bluetooth Wireless controller and PS4 DualShock 4 controller will also be supported. Playable titles include a bunch of Xbox One exclusives along with third-party games like Yakuza Kiwami 2, Destiny 2 and F1 2019. The full list of games will be revealed at launch.

The caveat is that cloud gaming will only be available in 22 markets at launch. These include the United States, United Kingdom, South Korea, Portugal, Norway, Poland, Ireland, Italy, France, Denmark, Austria, Netherlands, Germany and so on. Microsoft will expand the number of markets over time though.

Those who are still part of Xbox Game Preview program for Project xCloud can access it until September 11th. Stay tuned for more details in the coming weeks.