What is Cloudgine and what do they have to do with Crackdown 3? Find out here.

By now, everyone’s heard about Cloudgine thanks to the Gamescom 2015 reveal of Crackdown 3’s gameplay. As the engineer behind the game’s reliance on cloud computing for its destruction, Cloudgine has actually been working on such solutions for a long time. Though it’s taken a while for Microsoft to properly demonstrate what the Xbox One could achieve in terms of cloud computing, Cloudgine did ultimately help them deliver and there’s no denying that it’s caused a shake-up in terms of gaming, especially on consoles.

GamingBolt had a chance to speak to Cloudgine on several different aspects including the work done on Crackdown 3, earlier prototypes that emerged featuring the company’s work and how it’s properly preparing the open world title to leverage the power of the cloud for unparalleled destruction. 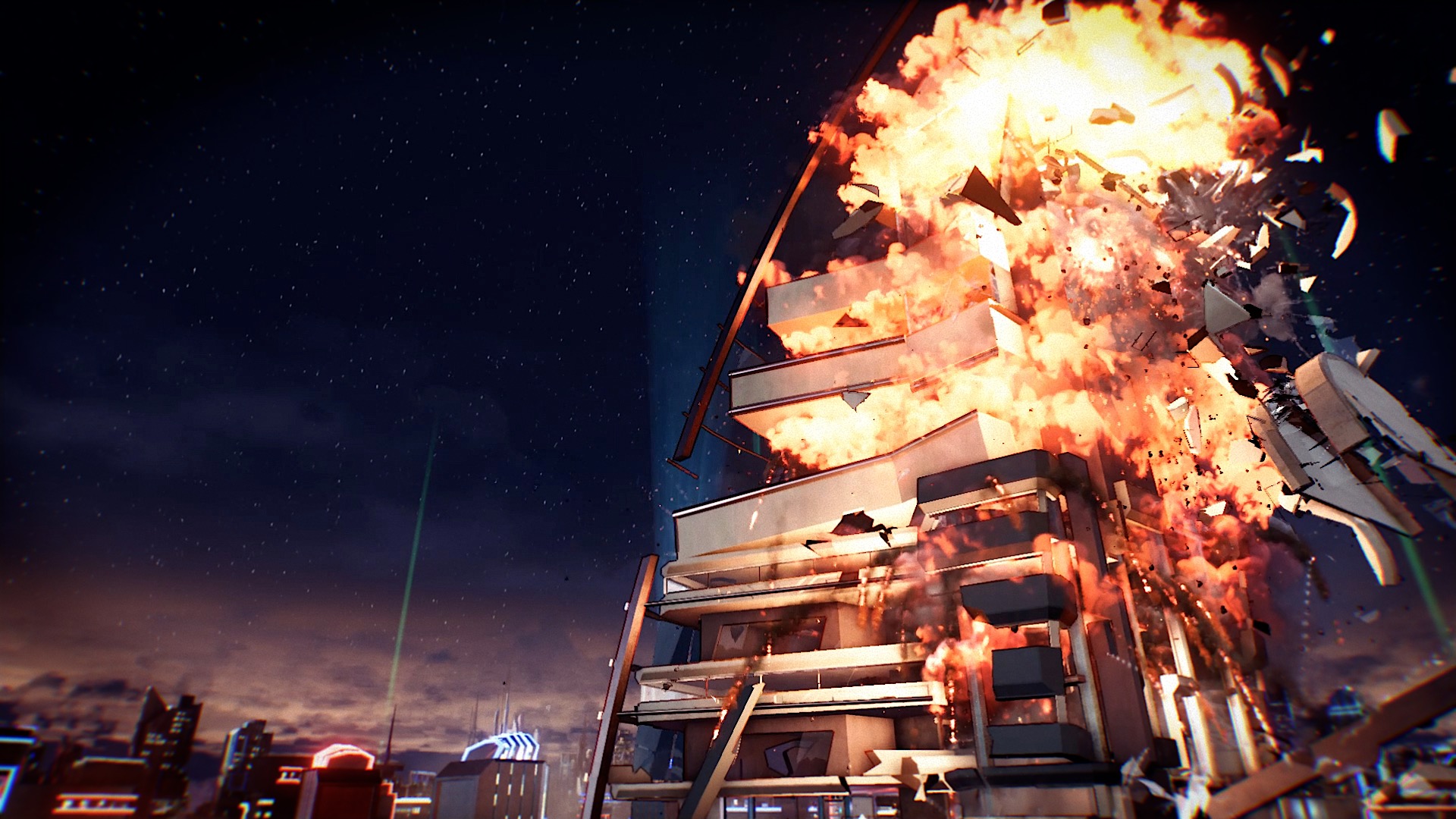 "The Crackdown 3 demo was an important step in terms of changing public perception about cloud computing and games.  However, we are fully aware that players will only be completely convinced once we successfully release the game."

Cloudgine is an independent company. We are currently working with Microsoft on the development of Crackdown 3.

There was a lot of speculation regarding cloud based processing. A lot of people were not sure whether Xbox One can be made more powerful using the cloud. How does it feel to prove all of them wrong?

It feels good. The Crackdown 3 demo was an important step in terms of changing public perception about cloud computing and games.  However, we are fully aware that players will only be completely convinced once we successfully release the game.

Can you tell us about Cloudgine and the work you’ve been involved with since the beginning?

Cloudgine began as a project we started in early 2013.  After a long research phase on the state-of-the-art in distributed computing, we set an ambitious goal: create a development platform, based on grid computing paradigms, capable of delivering a virtually unlimited amount of compute power to craft game experiences never seen before.  From the initial reaction to the Crackdown 3 demo at Gamescom, I’d say we may be on the right track.

Crackdown 3 was announced first at E3 2014 but demos of the cloud-based destruction it could deliver were circulating before that. When did Cloudgine first take on the project?

I believe you are referring to a demo that was shown a few months earlier at Microsoft BUILD 2014. That was an initial prototype that we developed to prove the model. A lot of work went into creating it, and it’s paved the way for what we’re doing in the game.

"Our platform, however, effectively removes this limitation and seamlessly provides additional compute power as needed, by tapping the resources from a cloud computing infrastructure such as Microsoft Cloud."

Can you break down exactly Crackdown 3 relies on Azure and cloud computing for its open world destruction and how Cloudgine is helping to make this a reality?

Traditionally, games are held back by the amount of compute power available on the host device. This means that important and computationally-intensive components — such as physics, animation, AI or even graphics — are constrained to fit within a limited resource budget. Our platform, however, effectively removes this limitation and seamlessly provides additional compute power as needed, by tapping the resources from a cloud computing infrastructure such as Microsoft Cloud. Crackdown 3’s Gamescom demo shows this model applied to physics in action.  Or perhaps I should say, “in destruction.”

Much has been made about the power of Microsoft’s Azure servers but we’ve only seen small benefits from the same (as seen in Forza 5’s Drivatar AI and Titanfall’s reliance on Azure). Crackdown 3 takes things to a completely different level though in terms of compute scale. How challenging was it to deliver on the demands of Crackdown 3?

With Crackdown 3, we focused on the hardest problem first: the distribution of a very complex physics simulation. Physics distribution comes with a long list of challenges: How to split the cost of a single physics simulation across multiple servers? How to minimize the inevitable latency introduced by the distribution? How to scale the system to use compute power on demand? And more importantly — once we solved the problem of simulating a huge number of physical objects in our cloud platform, how to send their state to an Xbox One through a reasonably low bandwidth (2Mbps – 4Mbps) internet connection?

Cloud computing still seems a way off from allowing consoles to fully leverage additional computational power. It’s still mostly used for game streaming. When do you believe we’ll start to see this paradigm shift in cloud computing use?

We believe, in the not-too-distant future, the core games that aren’t cloud-assisted will be in the minority. It’s true that developing with distributed computing paradigms is complex and requires skills not commonly found within the games industry — but we started Cloudgine with the specific goal of making the transition as smooth as possible. We are achieving this by cloud-enabling well-known and understood game engines and middleware solutions such as Unreal Engine 4, Havok Physics and Nvidia PhysX to work in a distributed environment with no additional effort for the developers. They can keep using the development environment they are already familiar with, and our cloud platform transparently takes care of all the intricacies of distributed programming.

"Cloudgine’s model for compute power on demand can certainly be applied to a wide range of problems. Pretty much every computationally-intensive game task can and will benefit from our model."

Cloudgine can make the Xbox One 13 times more powerful (and in another report, 20 times). So what exactly is becoming powerful? Are you guys increasing the amount of memory or GPU compute units or the number of GPU ROPs? Is there anything you are doing on the Xbox One CPU?

We are not increasing the power of any specific Xbox One subsystem. We are enhancing the gaming experience by using compute power and memory that is available server-side. We offload the expensive computations to Microsoft Cloud through our platform and send the results back to the Xbox One for rendering.

Cloudgine is working on the core engine for Crackdown 3 while Reagent is focusing on gameplay and art assets. The work you’re doing clearly extends beyond just cloud computing on Crackdown 3 – could you tell us a bit more about it?

Reagent Games and Sumo Digital are the primary game developers and Crackdown 3 will be the first game to showcase Cloudgine. Our ultimate plan is to release the platform to other game developers of any size and budget. We’ll share more details on this plan over the coming months.

Will Cloudgine be leveraging Azure to expand or aid video games in other ways (for example, ironing out any bugs that may arise in the game on a quicker basis, improving resolution and frame rate of games etc)?

Cloudgine’s model for compute power on demand can certainly be applied to a wide range of problems. Pretty much every computationally-intensive game task can and will benefit from our model. Just imagine what game developers could do with virtually unlimited resources dedicated to complex A.I. logic, physics simulation or global illumination algorithms. Crackdown 3 is a great example of how our technology can be used to enhance the player experience, and we can’t wait to see what other developers do with it too.

Cloudgine is allowing you to do some wonderful things on Xbox One which cannot be achieved by a high end PC. So that begs the question, what kind of possibilities do you think Cloudgine will provide when used with a high end PC?

Cloudgine as a platform is able to deliver as much compute power as a game requires, and obviously different games will tap into that well of resources in different ways.  I expect some developers out there will leverage the additional capabilities of high-end PCs to push Cloudgine even further. 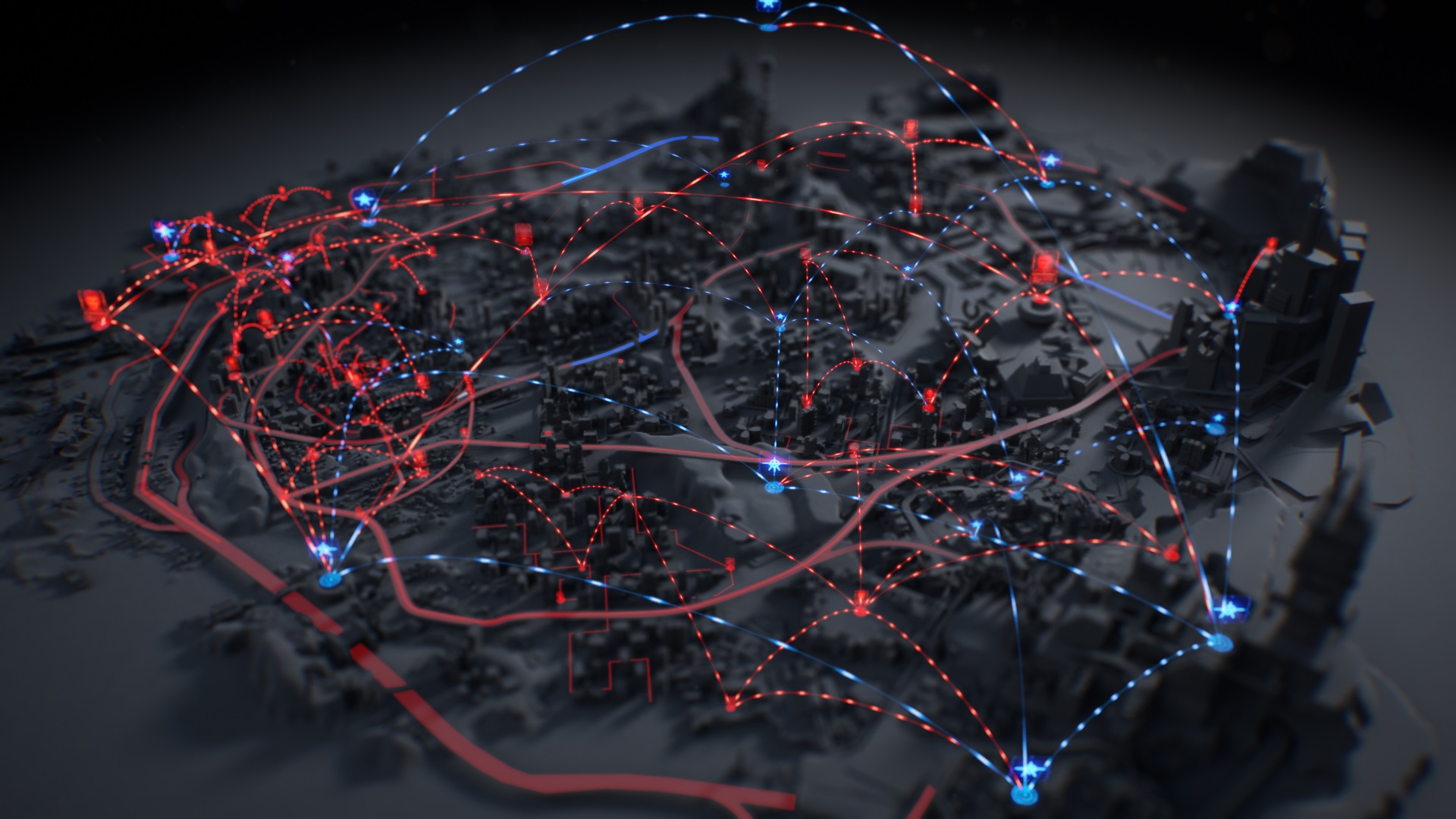 "At Cloudgine we believe the real added value of a cloud-assisted model comes from the truly new and ground breaking experiences that additional compute power enables."

I read in one of the Gamescom articles that the Crackdown 3 demo was running on 14 servers. Technically speaking, is it possible to make the Xbox One even more powerful, say 50 times by ramping up the amount of servers or is there a limit to this technology?

Small clarification first – the Gamescom demo wasn’t running on 14 servers, it was using the compute power that approximately 14 Xbox One consoles would be able to generate in total.

The platform itself doesn’t impose any hard limit on the number of servers. This number is determined by game design and cost considerations. Different games will strike a different balance between costs and compute resources, depending on their requirements and business models.

What are your thoughts on Sony’s approach to cloud computing with PlayStation Now?

At Cloudgine we believe the real added value of a cloud-assisted model comes from the truly new and ground breaking experiences that additional compute power enables. Experiences, as demonstrated in games like Crackdown 3, otherwise impossible to achieve in a game that was not designed specifically to take advantage of this new paradigm.

What other projects is Cloudgine currently involved with? Could we see the company’s prowess on other platforms sometime in the future?

At the moment we are focused on developing our cloud platform for first use in Crackdown 3. But we will certainly have more to announce at a later date.

The Xbox One has a high bandwidth memory in eSRAM. It’s a tad difficult to deal with it but with tiled texture streaming middleware tools like Granite and now the Cloudgine, is Microsoft’s design choice of going with embedded eSRAM for the Xbox One beginning to make a lot more sense?

I think this is more a question for game teams. Cloudgine runs almost entirely in the cloud so we haven’t been dealing with specific Xbox One features such as the eSRAM.

Do you think Cloudgine will make it other platforms? For example the PS4 or PC?

Crackdown 3 is our first priority now, and we want to ensure that the experience on Xbox One is the best it can be. However, like I said, Cloudgine is a server-side technology so there is no restriction on clients connecting to our platform.