Control: The Foundation Review – What Lies Beneath

A foundation upon which to build.

As every fan of suspense or horror knows, if you have an old house, eventually you’re gonna wind up in the basement, whether you want to or not. But Remedy’s Control doesn’t just have an old house; it has the Oldest House. That means we’re going even deeper, all the way down to the Foundation. The Foundation of the Oldest House is special: it’s the one part of the Oldest House that isn’t supposed to change, the one constant in the ever-shifting weirdness. It’s also the one place the Hiss shouldn’t be able to access.

Unfortunately, something’s gone wrong. The Oldest House’s Foundation is experiencing an “astral bleed.” There’s somehow been a tear in the veil that separates the Oldest House from the Astral Plane, and the two are beginning to merge. If it isn’t stopped, both the Oldest House and the Federal Bureau of Control will be destroyed. And if that’s not bad enough, there are now Hiss inside the Foundation, looking to corrupt the Oldest House from its most crucial point. The Board, the weird, monolithic sky pyramid in charge of the FBC, is naturally worried about this, so they send Director Jesse Faden down to the Foundation to figure out what’s going on and fix it, while taking out any Hiss that get in the way.

" The Foundation is just as weird and creepy as the main game, even with the change of scenery. The fact that the Astral Plane and the Foundation are merging doesn’t hurt, so you’ll see elements of one while you’re exploring the other. "

The Foundation isn’t a side story. The DLC takes place after Control’s main campaign; you’ll need a completed save file to access it. Like the main game, The Foundation’s story is self-contained. It adds more to the world Remedy has created, but it also works well as its own little story that just happens to be about what happens next. The Foundation doesn’t reinvent Control – this DLC is more evolution that revolution – but it does an admirable job of building on the foundation laid by the base game.

The most obvious change is the environment. The Foundation replaces the grey corridors of the Oldest House with a large cave system dominated by rocks and sand that alternate between a porous beige and a bright red. The expanded color palette is welcome, though the environments aren’t exactly varied. The Foundation is a big cave system, and it looks like one. Still, the game’s aesthetic choices never wear out their welcome and what’s going on in the environments makes sure they never feel samey. The Foundation is also just as weird and creepy as the main game, even with the change of scenery. The fact that the Astral Plane and the Foundation are merging doesn’t hurt, so you’ll see elements of one while you’re exploring the other. As the game goes on, the line between the two becomes increasingly blurred, allowing for some genuinely cool moments that I won’t spoil.

It also allows Remedy to show off more of their writing and world-building chops, which remain among the best in the industry. As you explore, you’ll learn more about the Bureau, the Hiss, the Oldest House, and the fate of an expedition to the Foundation the FBC made decades earlier. Their stuff is still lying around, and understanding what they experienced adds a lot to the plot. Things change for Jesse and The Board, too. The state of the Foundation means that the Board is unusually vulnerable, both in a literal sense (it might be destroyed) and an emotional one (it can’t do anything about it and needs Jesse’s help). Jesse, meanwhile, is more confident in her abilities after the events of the main game, and surer of her place in the world than she’s ever been. This is a bit of a role reversal from the main game, and the ways it plays out – and the conflicts that bubble up between the Board and Jesse as a result – take Control’s story to some interesting places as you try to set things right. 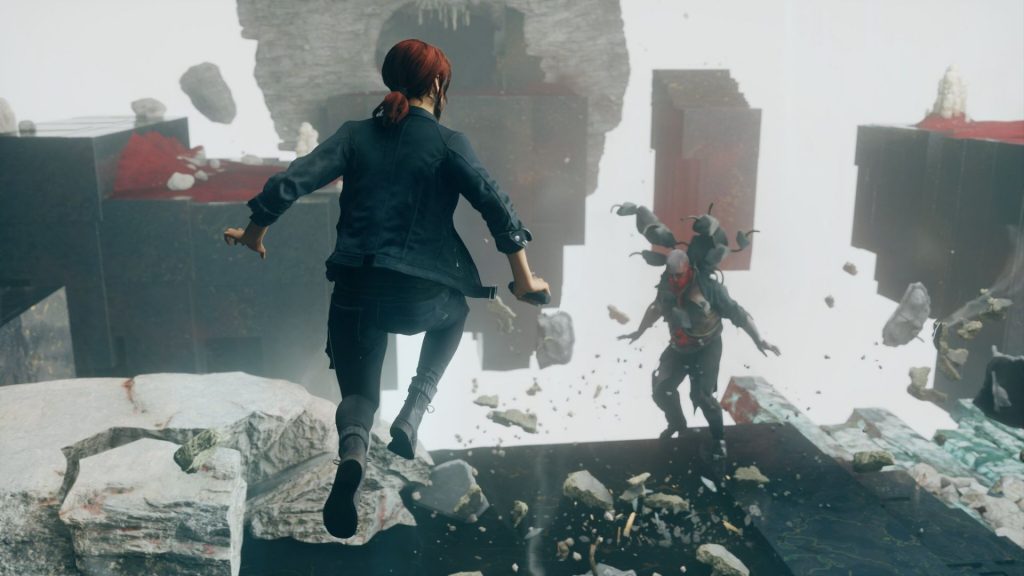 "Control’s didn’t have huge enemy variety, so the addition of these new Hiss is welcome, and it adds a new level of challenge to the combat encounters, especially when they’re paired with shielded mini-bosses or the psychic aerial enemies."

Doing that means fixing four parts of the Foundation. Most of this is done by exploring areas and figuring out how to progress (think platforming), but fixing things also requires conquering some combat encounters, too. These encounters feature a new type of Hiss who wield axes they can use in close combat or throw. These Hiss are fast, and they will relentlessly chase you around areas until you deal with them. They’re also very nimble, and the dodge they share with some of Control’s aerial enemies means you must use both Jesse’s powers and the Service Weapon if you want to take them down. Control’s didn’t have huge enemy variety, so the addition of these new Hiss is welcome, and it adds a new level of challenge to the combat encounters, especially when they’re paired with shielded mini-bosses or the psychic aerial enemies.

But the Hiss aren’t the only one with new tricks up their sleeve. Over the course of the DLC, Jesse gains access to new powers. One allows you to destroy the turquoise crystals that dot the Foundation’s map, opening up new paths or dropping the floor out from under your enemies. The other expands those crystals to create platforms or create spikes to impale nearby Hiss. The latter is more useful in terms of traversing the environment – the former usually leads to items or optional paths – but both feel great in combat.

You won’t stop using your other abilities – I was still flying around combat arenas throwing rocks and making shields – but they add an emphasis on positioning that makes the arenas more interesting. There’s nothing more satisfying than destroying the floor under a mini-boss or luring several axe-wielding Hiss into position to be impaled, and after a while I was more focused on positioning, and how to kill as many Hiss with the environment quickly, than I was with other aspects of combat. It’s a welcome change that adds to Control’s combat without overwhelming you with new powers. Best of all, these new powers, and how you get them, is folded into Control’s larger plot and the relationships between the characters. 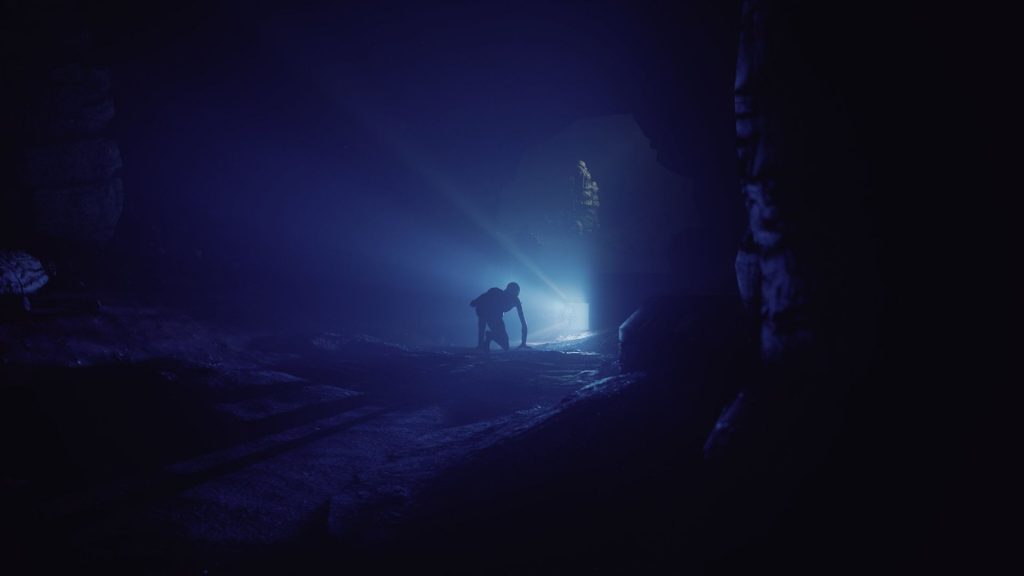 "The Foundation is mostly more Control. What works in the base game – the storytelling, the environments, the collectibles, the characters, the combat, etc – works here, too. There’s just a little more of it, and you’ve got some new powers to play with."

And… that’s about it, really. The Foundation is mostly more Control. What works in the base game – the storytelling, the environments, the collectibles, the characters, the combat, etc – works here, too. There’s just a little more of it, and you’ve got some new powers to play with. The Foundation isn’t long – you can complete the entire thing in about four or five hours, though it might take you a bit longer if you want to hunt down every last item and complete all of the challenges – but it expands Control’s world while leading Jesse and the FBC in interesting new directions. Remedy has done good work here, and I’m excited to see where they take Control next. Until then, I’ll be exploring the Foundation, and wondering what part of the Oldest House we’ll discover next.

The Foundation is a cool place. A nice expansion of Control's story. New powers and a new enemy. Strong writing.

Final Verdict:
GREAT
The Foundation is just more Control. But that's not a bad thing.
A copy of this game was provided by Developer/Publisher/Distributor/PR Agency for review purposes. Click here to know more about our Reviews Policy.