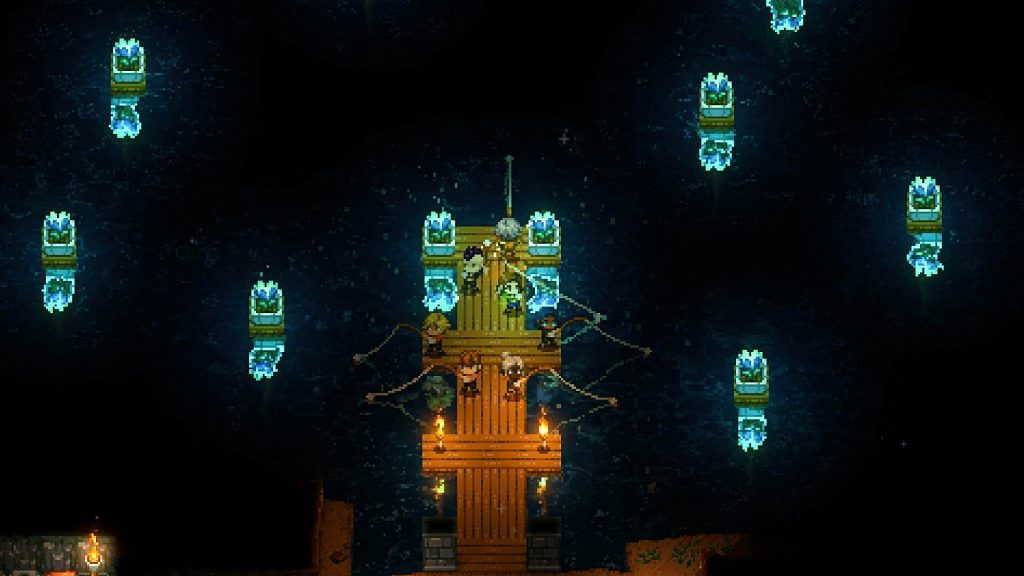 Early access survival sandbox title Core Keeper will see its first major content update Sunken Sea releasing on June 15th, as announced at the PC Gaming Show. Free for all players, it will add a brand new underwater biome with numerous islands to explore and boats for exploring them all.

Along with new types of ores and valuables, players will have access to new weapons, including a new Legendary Weapon, and gear. New fish and plants, four new enemy types, new food and a new Titan Boss can also be expected. However, players can also look forward to quality-of-life features like portals, sprinklers to water plants, vanity slots for changing your look without altering gear, and much more.

Stay tuned for full patch notes when the Sunken Sea update goes live (check out the previous trailer for it here). Core Keeper is currently available on PC via Steam Early Access. It sold 500,000 units within two weeks of its launch.