Activision recently announced, much to the delight of many, that Crash Bandicoot will be seeing its first new mainline release in over a decade with the upcoming Crash Bandicoot 4: It’s About Time. Plenty has already been revealed about the game, but it seems the game’s official PlayStation Store page may have spilled the beans on one detail that hasn’t yet been confirmed.

The game’s listing on the store mentions that it will feature offline multiplayer for 2-4 players, which is, in all likeliness, referring to local co-op, though it may very well also be referring to a separate offline multiplayer mode. Given the fact that there will of course be multiple playable characters in the game, neither of those two seems outside the realm of possibility. Take a look at the screencap below, or check out the game’s PlayStation Store page through here.

Crash Bandicoot 4: It’s About Time is out for the PS4 and Xbox One on October 2. Though PC, Switch, or even possible next-gen versions haven’t been announced so far, Activision have said that they are evaluating the possibility of launching the game on more platforms.

For more on Crash 4 and everything that we know about the game so far, head on over here. 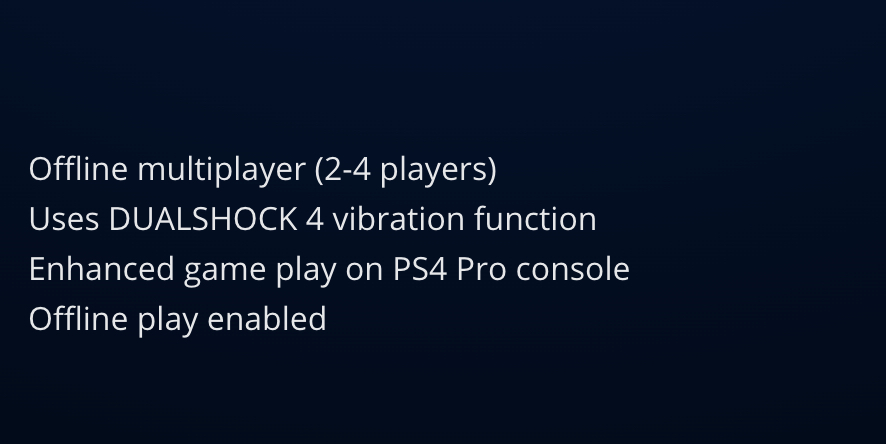