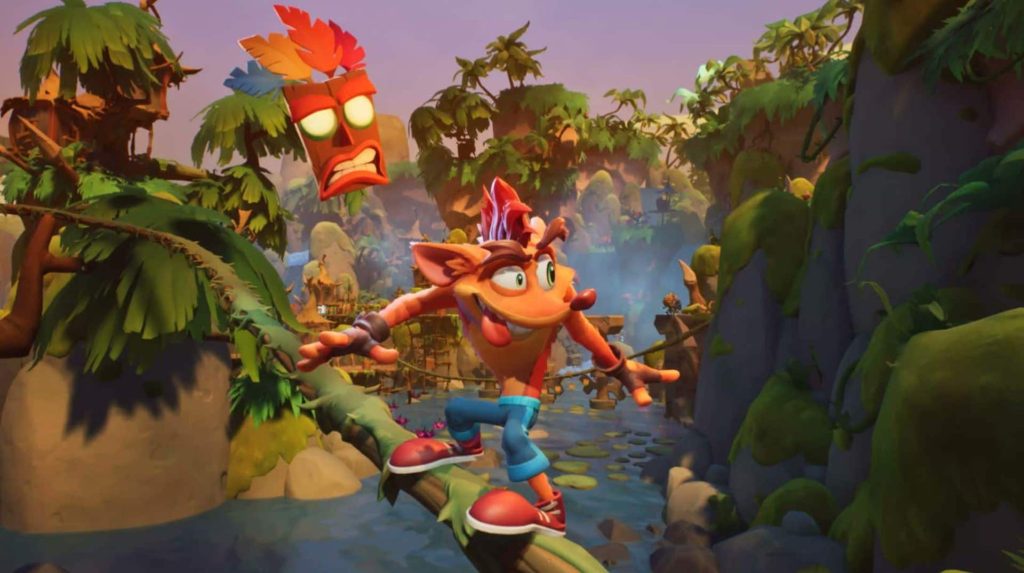 Rumours of a multiplayer Crash Bandicoot game have been circulating for quite some time now, with reports claiming that developer Toys for Bob is at work on a new competitive Crash title. A newly uploaded video by video game historian Liam Robertson has now revealed potential new details on what the title will be.

Very early prototype development gameplay footage seems to confirm that though characters will have their own moves, all of them will also be equipped with a glider. Levels are said to be large and freely explorable, with each level having environmental hazards and their own unique gimmicks, like one that sits above an of toxic waste, with varying levels of the waste forcing players to occasionally look for higher points on the map.

The video also mentions cosmetics like skins and gliders, while the cosmetics themselves are also seemingly upgradeable. Robertson also says that the game has been in development for “several years” and was supposed to release within a year of Crash Bandicoot 4, though some issues obviously forced those plans to change. The game was reportedly put on hold as Toys for Bob moved its focus to providing development support for Call of Duty, though the project’s current status remains unknown.

Some new concept art is also showcased. Check out the video below for more.

Activision recently seemed to be teasing a new Crash Bandicoot reveal for the upcoming The Game Awards on December 8. It remains to be seen whether the long-rumoured Wumpa League will finally be unveiled.