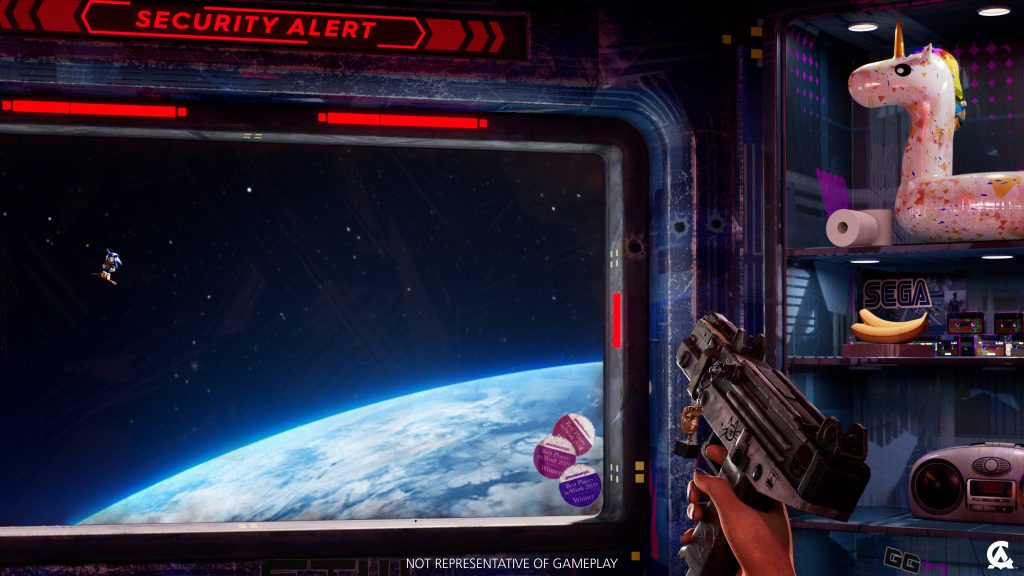 Three years ago, we learned that Creative Assembly, a studio most famous for its strategy titles, is working on a multiplayer first-person shooter. Last month, we got a brief glimpse of what that game might be in a screenshot that reference several iconic Sega franchises including Super Monkey Ball and Sonic. Sonic can be seen floating in space through a nearby window and a Sega logo sits on the nearby shelf, as well as a bunch of bananas (which could represent Super Monkey Ball) and some spray-painted cassettes (perhaps a nod to Jet Set Radio).

It’s not clear who else is working on the FPS at Creative Assembly, but listings on Creative Assembly’s careers page describe the shooter as a new sci-fi FPS that’s being developed by the team behind 2014’s Alien Isolation, which was one of the best games that year.

Excited to say that I started my new role today as Lead Gameplay Designer @CAGames working on their upcoming new IP, a sci-fi multiplayer FPS. pic.twitter.com/oGoe7XKSda