The spiritual successor to the Dragoon series is now in Microsoft’s court.

Panzer Dragoon creator Yukio Futatsugi took to the stage during Microsoft’s press conference at E3 2013 to reveal that his next rail shooter Crimson Dragon – which will be published on Xbox Live Arcade and utilize Kinect – is now exclusive to the Xbox One.

As a spiritual successor to the Panzer Dragoon series, which also sees series composer Saori Kobayashi (who worked on Saga and Orta) return, the game will feature the same homing projectile shooting as the previous games and run on Unreal Engine 3. Only this time, the player will use his hands to lock on to targets. With six types of dragons, tons of skills and three player co-op, the game sounds like it will have a lot more meat to it it than Orta did.

Which is interesting, since Orta was exclusive to the first Xbox. We hadn’t heard a peep from the developer since. And now this. Well played Microsoft. Well played. 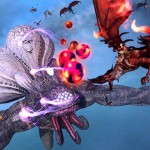 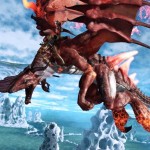 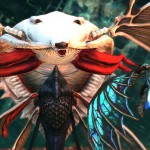 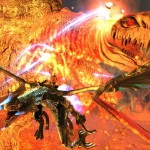 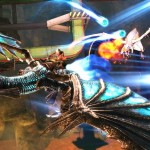