‘All I can really do is finish it.’ 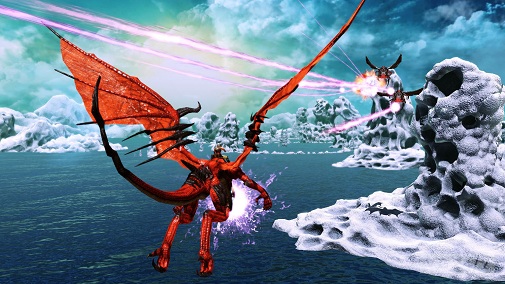 The much awaited spiritual successor to the Panzer Dragoon series will soon be upon us. Originally slated to release in June of last year, Crimson Dragon was delayed for an indefinite amount of time. But the developer asks us to hold our breath just a bit longer.

“The game has been delayed and I know people are waiting for it, but it is definitely moving ahead,” lead designer Yukio Futatsugi told Eurogamer.

“Microsoft will announce it when they’re ready.”

Futatsugi couldn’t specify how far away we are from the game’s release, “But it’s really not far off.”

“I’m working hard to make sure no one says, ‘The old one was better.’ But Panzer is Sega’s IP and this game will be different from that. The design concept of the dragons and the environments is very different,” he further added.

“All I can really do is finish it. Anyway, games are made differently these days, so I hope people will see this as the sort of game Panzer Dragoon might have been if it had been made today.”

For the unfamiliar, Crimson Dragon is a Kinect exclusive on-rails shooter whose development team consists of members who had worked on the Panzer Dragoon series, with he creator of the Panzer Dragoon series. Yukio Ftatsugi, leading the way. If there was any game that could make us dust off our Kinect again, it would have to be this. Be sure to check back for more updates.