The next Need for Speed perhaps?

After releasing the Need for Speed: Most Wanted, a remake of the classic title for the Xbox 360, PC and PS3, last year it seems that Criterion Games is already busy working on a new racing title for EA.

A screenshot for the resume of Pete Panton, lead cinematic artist for marketing at Criterion Games, has been doing the rounds. As he talks about his latest projects, he mentions the recent Most Wanted and also points to an “Unannounced Racing Title” for 2013. 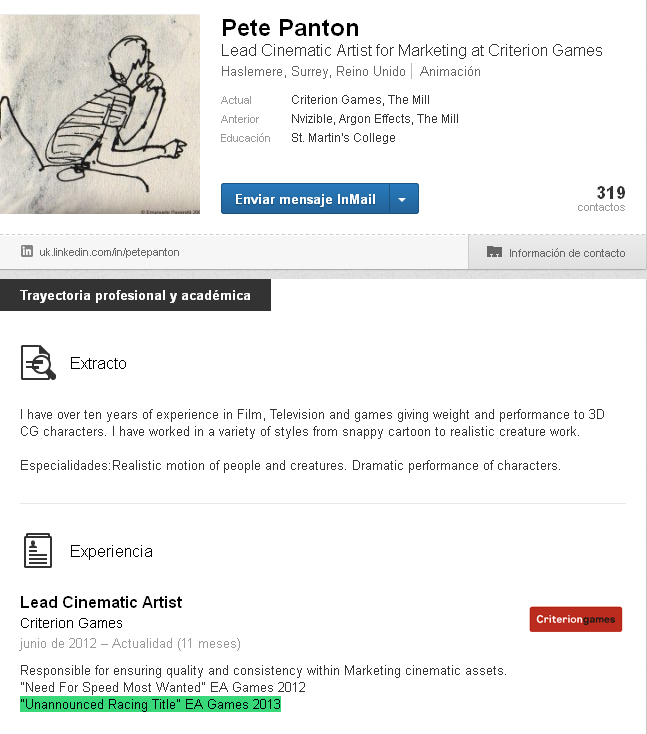 This could very well be the next Need for Speed title, which will be announced and released this year. E3 2013 looks like the most obvious place to make the announcement with a release in autumn.

Given that Need for Speed: Most Wanted did pretty well in both critical and commercial departments, it only makes sense to call on Criterion’s talents once more.

Check out our review for Most Wanted here, where we awarded it a 9.5 out 10.