CrossfireX is nearly here but Smilegate has another title in the franchise coming this year – Crossfire: Legion, a modern real-time strategy title developed by Blackbird Interactive (which is also developing Homeworld 3). A new trailer has been released which showcases new gameplay and the developer has also announced sign-ups for its technical test on PC. The RTS will launch for PC via Steam Early Access in Spring 2022.

Crossfire: Legion follows the conflict between Black List and Global Risk, two PMCs constantly at each other’s throats, in the campaign. However, there will also be multiplayer and AI skirmishes to partake in. The gameplay sees players building a base, managing resources and creating an army to throw at their foe. As a Commander, you’ll have different abilities that can be used to gain an advantage.

Interestingly, there will be three factions in total, each with their own main characters and players can team up with friends in Operations to battle the AI. A level editor is promised which allows for creating new maps and modes. Those interested in the technical test can request access here. Blackbird will be approving players each day so keep an eye on your Library for the same.

For more details on development, check out the roadmap below. 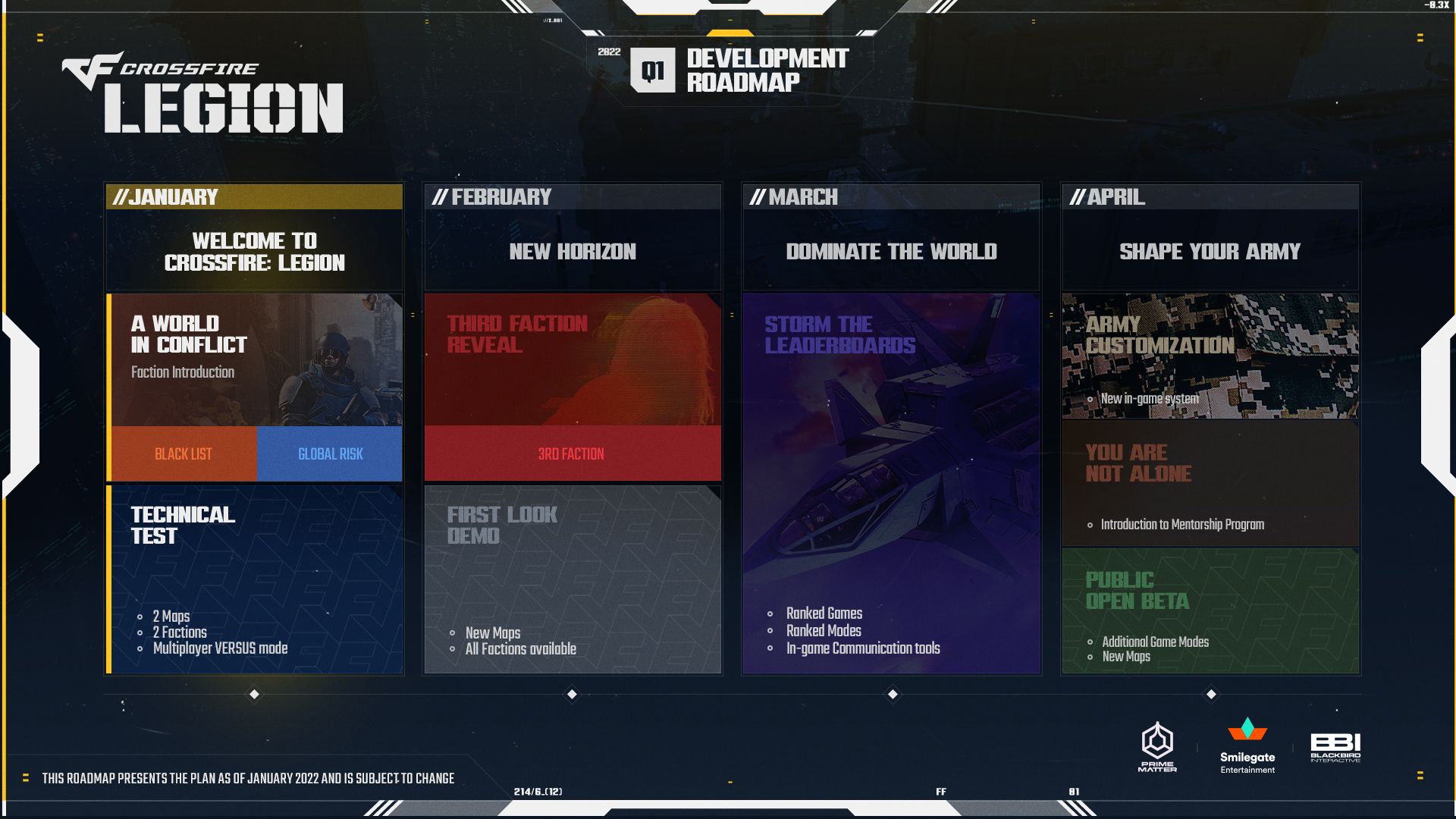