GamingBolt recently caught up with Crytek’s Frank Vitz, Creative Director of CRYENGINE to check out how the latest iteration of the engine is shaping up. Check out the entire Q&A below.

From high-end PC and console gaming perspective, can you let us know about the changes you have made to the Crytek engine?

CRYENGINE V introduces a “Pay What You Want” business model, giving developers access to the engine’s feature-set and full engine source code for a fee of their choosing, and with no obligation to pay royalties or additional service charges. You can download CRYENGINE and immediately start developing for Windows, PlayStation 4, Xbox One and any major VR platform, including PlayStation VR, OSVR, HTC Vive and Oculus Rift.

We’ve also introduced the CRYENGINE Marketplace, which gives developers access to assets from Crytek’s own library, as well as thousands of materials, sounds, and 3D objects created by the CRYENGINE community and other trusted vendors. This in combination with a more intuitive UI, a powerful launcher, more documentation and CRYENGINE Answers, a dedicated channel for community questions, makes CRYENGINE much easier to get into than it has ever been before.

Furthermore CRYENGINE is now C# enabled, so developers can chose between C++ and C# as the scripting language for their project.

With the new CryEngine, what benefits are presented for VR developers?

We support all the major VR headsets.  We have optimized our already fast renderer to better support the high frame rates required for VR.  With no need to bake lighting, there is no waiting for shadowmaps to build when you move an object, and changes to light and visibility are implemented in real-time. Being able to render a believable world in incredible detail is the fundamental, enabling factor that a game engine should provide a developer who is making something in VR.

"Our support for DX12 is not just a simple wrapper around an existing renderer.  Our engineers saw that in order to fully take advantage of the power of DX12 they would need to refactor the core of the CRYENGINE rendering system. "

With DX12 adoption on the rise, what kind of changes have you made to improve games performance on PC and Xbox One with the power of DX12 and CryEngine?

Our support for DX12 is not just a simple wrapper around an existing renderer.  Our engineers saw that in order to fully take advantage of the power of DX12 they would need to refactor the core of the CRYENGINE rendering system.  This they did, building a low overhead renderer that is much more compatible with the structure of DX12.  The results are quite impressive in terms of reduced overhead on the CPU and much more efficient handling of the large complex datasets required for a detailed and realistic game world.

Could you highlight some of the improved graphical features that the combination of DX12 and CryEngine 5 can bring to the Xbox One and PC?

We completely rewrote and redesigned the renderer, significantly increasing performance overall. Through DX12 support, CRYENGINE V drastically increases the number of possible simultaneous draw calls. While previously draw calls might have hovered around 1500, CRYENGINE V can easily support an order of magnitude more. And most of the core optimizations also increase DX11 performance.

I am assuming that you have heard about Crackdown 3, a game that uses cloud computing to deliver improved physics and graphical effects on the Xbox One. Do you think CryEngine 5 can use the cloud to improve several graphical facets on consoles and high end gaming PCs?

Yes this is an interesting area for future development, and cloud computing offers some exciting possibilities. However, today graphics quality is not the bottleneck in CRYENGINE.  We do have rendering development underway but we are also focusing more on core functionality, animation, usability and ease of access to the existing power of CRYENGINE. 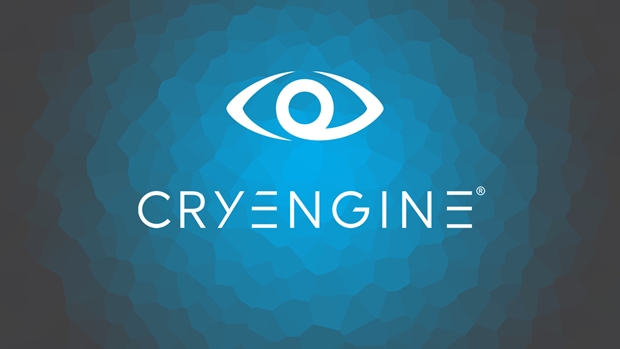 "The Marketplace offers thousands of sounds, materials, and 3D objects from our own library, our community, and trusted vendors – like Boom Library, Epidemic Sound, Game Textures, and Turbosquid."

Could you explain the “pay as you go” aspect of CryEngine and how it will help facilitate easier development across a wider spectrum of studios?

Pay what you want means exactly that: If you use CRYENGINE you only have to pay what you want. If you want to develop, publish and maximize your profit from a game, and you chose to pay nothing, okay. Of course we hope that developers will give back to us proportional to how well they feel that CRYENGINE helped them achieve their goals. This model opens up the engine to all kinds of developers and we hope that it will help to grow the community more quickly.

Another effort in that direction is the Indie Developer Fund, which supports selected projects from the CRYENGINE developer community. We have seeded the fund with $1 million and we want to grow it with contributions from CRYENGINE developers, who can chose to allocate up to 70% of what they spend for our engine.

What is the Crytek Marketplace presenting in terms of assets and how is it competitive in comparison to Unity’s Store?

The Marketplace offers thousands of sounds, materials, and 3D objects from our own library, our community, and trusted vendors – like Boom Library, Epidemic Sound, Game Textures, and Turbosquid. We hope that with a growing community the range of assets offered on the platform increases as well. The Marketplace helps developers immensely during prototyping and enables even smaller development teams to create expansive worlds.