Crytek recently took to Chinese social media site Bilibili and seemed to confirm that a new Crysis game is in the works. 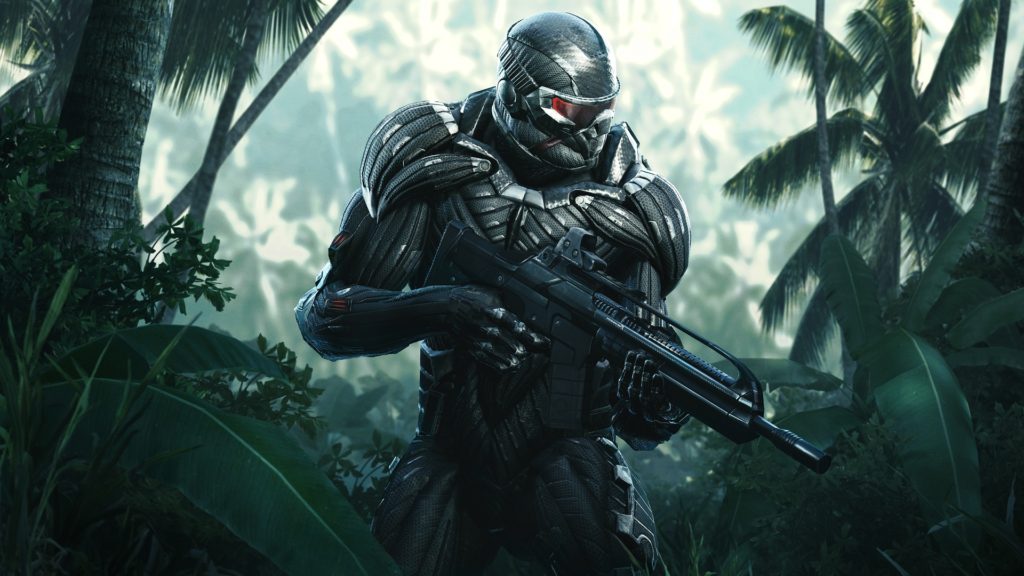 It’s been quite some time since Crytek last released a new entry in its sci-fi FPS franchise Crytek, though series fans have still had something to latch on to of late, with a remaster of the first game and a remastered collection of the entire trilogy having launched in the space of about a year. Many had hoped that this recent activity means Crytek might be gearing up for a full-fledged new Crysis game in the future- and it seems that might indeed be happening.

As reported by Eurogamer, it seems Crytek itself may have leaked Crysis 4 before the game could be officially confirmed. Crytek China recently took to Chinese social media site Bilibili, and in a post that has since been removed, seemed to confirm that Crysis 4 is in development. You can check out a screencap of the post (roughly translated) below.

In the absence of an official announcement, for now we’re going to have to treat this as a rumour. We’ll keep an eye out for any details though, so stay tuned for more updates. 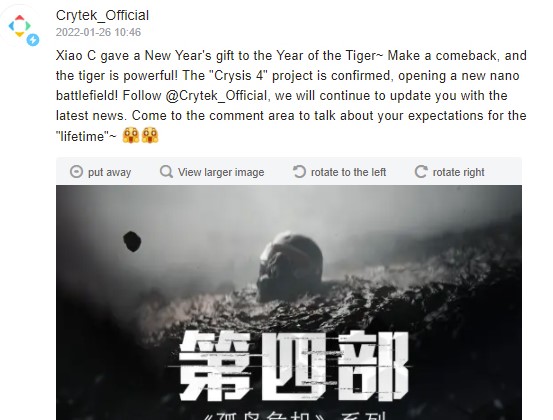