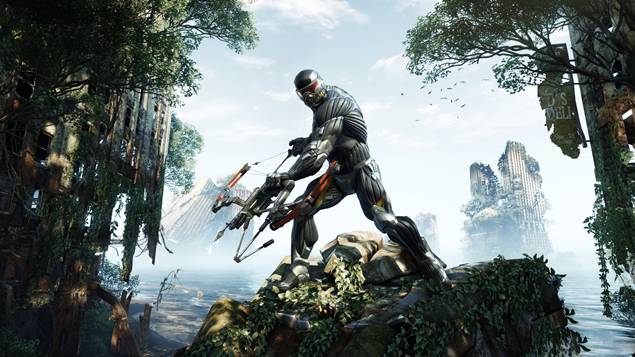 Crytek’s Crysis Trilogy is now available on Origin and packages all three of the games together along with their respective DLC. It retails for £34.99.

For that price, you’ll receive Crysis, Crysis: Warhead, Crysis 2: Maximum Edition, Crysis 3: Digital Deluxe Edition and Crysis 3: Lost Island Expansion. That’s not one, not two but three eras of graphical brilliance you have to look forward to – if you can run them all that is.

And that’s the key appeal of the series: the stunning visuals. Despite the somewhat muddled critical reception that Crysis 3 received, it won a fair number of awards and acclaim for its photorealistic visuals that brought even the most hardened computers to their figurative knees.

Gameplay-wise, we still lean more towards Crysis 2, especially due to the large urban environments and more streamlined controls. What are your thoughts about the series and will you be picking up Crysis Trilogy for PC? Let us know in the comments.