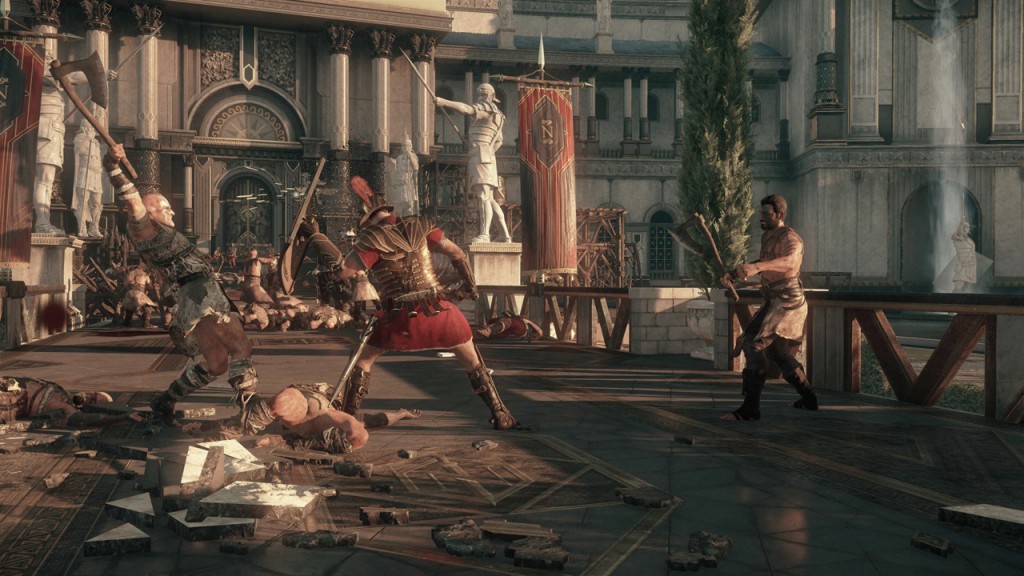 Last month Crytek confirmed that Ryse Son of Rome will be coming to gaming PCs with improved graphical effects such as 4K support, high resolution textures and shadow effects. The decision to bring Ryse to PC is pretty interesting to us. Crytek has suffered from  layoffs in the last few months and obviously they would want to recover some of the money back.

So launching Ryse on PS4, a console that has sold over 10 million units and is leading the new console cycle, would have made more sense. Crytek’s boss Cevat Yerli himself stated that they are not happy with the sales figure of  Xbox One. Ryse is Crytek’s IP, so why is the developer not bringing the game to the PlayStation 4? We raised this point in our interview with  Senior Producer at Crytek, Brian Chambers.

“The game’s arrival on PC is a direct response to interest from gamers. The PC community, as well as Crytek fans reached out to us and asked for it. We also feel the growing public appetite for 4K experiences makes this the perfect moment to bring it to PC.”

“The decision to bring RYSE to PC was logical to us, not only did it allow us to respond directly to our fans, it was an opportunity for us to show off an aspect of what CRYENGINE is capable of. The PS4 has gained a large user base in a short time and CRYTEK will develop titles for it the near future, such as HUNT: Horrors of the Gilded Age. Currently there is no announcement regarding RYSE coming to PS4.”

We will have more coverage on the PC version of Ryse: Son of Rome in the coming days. For further reading check out our Xbox One review of the game or read everything related to Ryse over here.