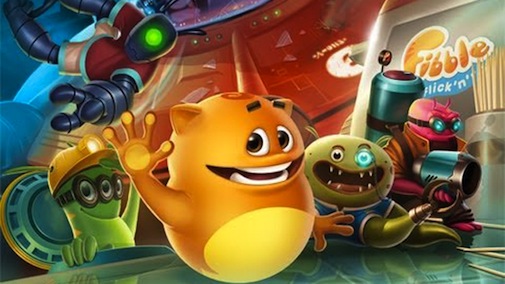 Crytek, better known for their next generation technology and mature shooters, took a more easy breezy route with Fibble – Flick ‘n’ Roll for the iPad, iPhone and iPod. The action-puzzler sees a major content update with eight new levels, and a new way to play as the crew reunites with Klonk. You also get “lost files”, which give nine new levels for previously explored areas.

Upon the feedback we’ve had from our growing Fibble community, we decided to extend the adventure. We have seen that most gamers really enjoyed playing it and were wishing for more levels to try their hand at. We were only too happy to oblige, not just by adding a new area to explore, but also prolonging the gameplay of the former rooms.

And that’s not all. You can now unlock new Fibble skins, and back up saved games via iCloud. This coupled with new social media support for posting high scores to Twitter and Facebook, all for a reduced price.