Get your groove on... again

It’s heading towards party season so, regular as clockwork, Harmonix updates its mega-selling dance series for the 360 and Kinect. Dance Central 3 has few surprises for aficionados but remains a must have addition for anyone capable of shedding their inhibitions for a sweaty dance session with friends. There’s a greater emphasis on party play this time round, with a few new game modes (including one for up to eight players) to keep you strutting your funky stuff. 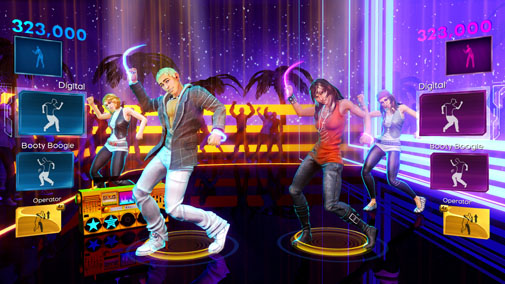 There are over 40 songs to learn

Everything looks reassuringly familiar, Dance Central 3 echoing the graphical style and feel of the previous games. Menus are easy to navigate either through gestures or voice control, and you can easily choose songs to perform, moves to learn or select characters and game modes.

Unlike Just Dance 4 (see our recent review here), Dance Central 3 takes itself a little more seriously and is a hard taskmaster. There are no easy rides here, the routines not only making you sweat but making you literally think on your feet as you try to master the various moves. It’s not a forgiving game; every limb is scrutinized by Kinect and will be highlighted red if you’re slightly out of position. You’re rated on your movement and when you earn a “Flawless”, you really feel like you’ve earned it. As with the previous games, you’ll probably get most out of it if you’re happy to practice routines, break them down and master individual moves. We played solo and with friends of various ages; if you’re thinking of a purchase to provide a few laughs when you’ve got a few friends over, it certainly ticks the boxes. Younger children, however, are likely to find the difficulty a little frustrating. 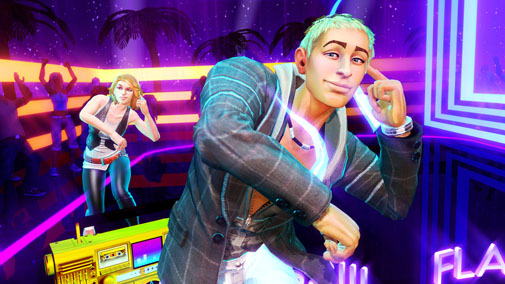 The visuals and sounds are fantastic, as you’d expect from the series

The Dance Central series has already earned a reputation for harnessing Kinect’s technology, with the players tracked pretty comprehensively. Being a Kinect game, there are obviously moments where it won’t seem to pick up your every movement but on the whole, it all works fairly flawlessly. Technically, it definitely seems more proficient than its rivals. As ever, the choreography is excellent and provides a full-body workout; it may genuinely even help you look better on the dance floor.

Dance Central 3 boast a huge soundtrack with over 40 diverse songs spanning four decades, including the likes of Usher – “Scream”, Cobra Starship – “You Make Me Feel…”, Jennifer Lopez ft. Pitbuill – “On The Floor”, Usher ft. Will.I.Am – “OMG”, 50 Cent – “In Da Club” and the infernal Gloria Gaynor – “I Will Survive”. Should you manage to master all those, you’re also given the option of importing the extensive playlists from the previous Dance Central games too – meaning you’ll be able to play through a staggering 140 songs! 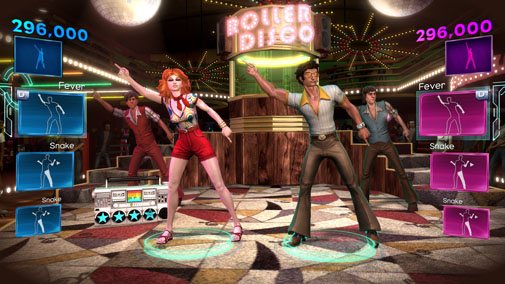 There’s a Party mode that puts the tracks together in a large playlist. You and your friends can then jump in and out of the action as you wish without having to stumble round the menus at the end of every performance. It’s a great idea for non-stop fun. The new Crew Throwdown mode is also great for party play, allowing two four-strong teams to face off and try their damndest to outperform one another across several rounds. And then there’s the Keep the Beat mini-game, where dancers earn points based on their movement and rhythm (something I really don’t tend to possess but I still found this good fun). The Make Your Move mode  challenges dancers to come up with their own dance moves on the fly – particularly funny and enjoyable if you and your opponents have fairly equal abilities… but a little demoralising if you’re against someone who is far more skilled and confident that you.

Then there’s the story mode to get your teeth into as well… the evil Dr Tan is plotting to destroy the world so it’s up to you to work with Dance Central Intelligence to go back in time and master moves from the 1970s to present day. Sure, it makes little sense but look past that and it’s a great laugh and nice to watch the story unravel. 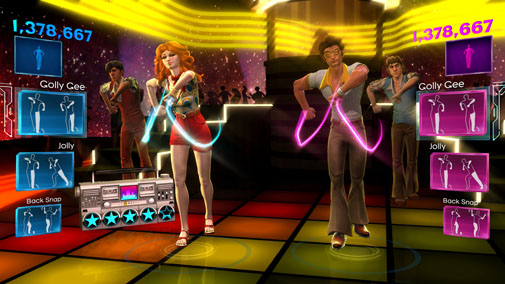 It’s fast and furious… and you often look slightly daft

Dance Central 3 is a comprehensive package to be sure, but you have to wonder whether these dance titles really necessitate an annual update when each iteration seems only to cram in a few more songs and a few different game modes. A weighty DLC update may have been more appealing to anyone who already owns one of the previous versions, as they may feel they’re not getting a whole lot more bang for their buck. For newbies to the series, you can’t go far wrong with Dance Central 3. With a variety of party games this “dancing simulator” includes a comprehensive track listing and there truly is something for everyone. And you might just learn something too!

Personally, the more relaxed feel of Just Dance 4 would be my preference for fun and laughs with a few friends – but if you love dancing and are a bit more dedicated to learning the moves, Dance Central 3 is the better purchase.

Dance Central 3 can be termed in one single sentence – It gives you more of the game. Let me get this straight, it’s not a massive improvement over its predecessors like you expect a mainline game to be but it gives you enough content to keep you busy for a while.

There are a ton of content here though, and that’s what keeps the game fresh for a long time. These games have always been ones that take advantage of the Kinect sensor and this ones does the same. Dance Central 3 works exceptionally well with the Kinect sensor and is a game that has been built ground up for it. You can pull off a variety of moves all with flawless accuracy provided you set up your TV properly.

There’s a story here too in the main mode and it requires to go back in time to do some things, and thus the developers have introduced tracks from 70s and 80s under this premise. Guys, you don’t really have to cook up a weird story to make sense. It doesn’t really matter in a dance game; we understand! Story aside, the old school music is a blast to dance too. There are plenty of songs from different artists and the variety available here is quite nice.

The game contains lot of new tracks as I mentioned above it will keep you busy for a while if you can properly pull off moves using the Kinect. It’s not only enjoyable but a good workout too, and a bit refreshing for the mind considering the beautiful music on offer. Harmonix has done a good job mixing things up and it really becomes a joy to play the game.

However, if you also own the first and second game, there will be a feeling of dissatisfaction because it’s basically more of the same and there’s hardly any improvement in the graphics and overall presentation. The menus are nicely designed as usual and works like a charm with the Kinect.

I’d recommend you to play with family or friends as that’s when the game becomes a lot of fun and Kinect can accommodate them all provided you have a decent amount of space. It’s games like these that give a glimpse of what the sensor can do and you can’t help but feel underwhelmed with the way the developing for it.

Everything else is basically the same and they have just added a bunch of new songs and slight improvements to the core game, and if you are planning to buy it, I’d say go for it! The reason I said that is because it’s all about the time you spend playing these games. If you enjoyed the previous games, this will give you hours of entertainment, and if you are looking for something fresh; a massive improvement over the previous games, you won’t find that here.

This is what Kinect was made for. Dance Central is heaps of fun both solo and with friends. Loads of songs, loads of moves, loads of replay value

It's the same old formula... but with more tracks and game modes. You need dedication and practice to be really good. Large playspace is needed. Kinect still has accuracy issues

Final Verdict:
SUPERB
Dust off your Kinect sensor and get your dancing shoes on. Dance Central is back and it's bigger and better than ever
A copy of this game was provided by Developer/Publisher/Distributor/PR Agency for review purposes. Click here to know more about our Reviews Policy.