Sadly, not one of the good guys.

Namco Bandai recently posted pictures of From Software hard at work on Dark Souls 2, scheduled for release this year on PS3, Xbox 360 and PC. Just the usual stuff, really, but one of the pictures provides a clue to a character who might be returning in the sequel.

In the second production photo, one can see a figure wearing a crown on its head. The third photo provides a closer look, with a beard and robed appearance. So who is it? 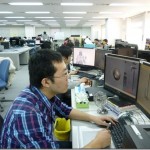 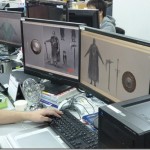 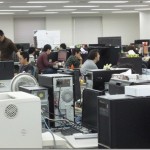 The final boss from the original Dark Souls, Gwyn the Lord of Cinder.

It’s not like he’ll be reappearing or anything. This could be used for a flashback scene, to set up the second game’s events or even as a reference for another character.

Still, at least the second game won’t be totally unconnected to the first. Even if it is just a slight nod towards events that have already transpired.