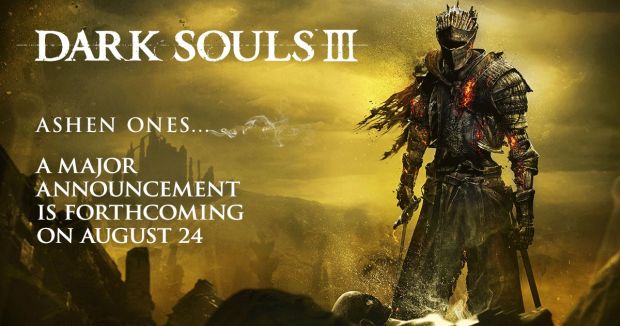 From Software’s Dark Souls 3 will be receiving a “major announcement” on August 24th, most likely related to the game’s first DLC.

This is according to an update by the game’s official Twitter account which also said, “Huge news on the way, folks. ‘What is it?” You ask? Well, you’re going to have to wait to find out.” Seems simple enough.

The first DLC for Dark Souls 3 was slated to release this Fall. Information pertaining to it on August 24th pretty much means it’s on track for release. The DLC is available currently through the $25 Season Pass (which ensures two DLC packs for the game). Individual prices are also expected to be revealed in the coming months.

What are you hoping to see in Dark Souls 3’s DLC besides the usual new gear, bosses and areas to explore? Let us know in the comments below and stay tuned for more information next week.