You may now be surprised accordingly. 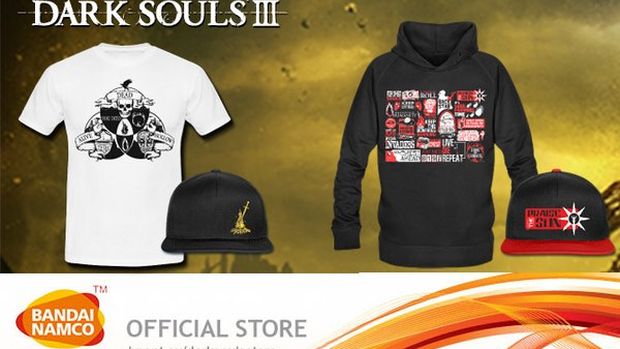 Bandai Namco was teasing “big news” for Dark Souls last night on Twitter and since they aren’t Bungie, we had somewhat hoped for a suitable announcement. Maybe, oh, a Dark Souls remaster announcement or something along those lines (Dark Souls 2 is already on Xbox One and PS4 but the first game isn’t)?

The news was confirmed on Twitter and the line-up includes hoodies, caps, T-shirts and all manner of Dark Souls 3 merchandise. You can head over to the store itself and see what you like, though it’s limited to Europe and UK currently.

Dark Souls 3 is out on March 24th for Xbox One, PS4 and PC. You can read our official review here. The game also has a Season Pass for post-launch content but there isn’t much we know about the nature of the two DLC packs. Hopefully the next “big” tease sheds some light on the same.