It Lurks Below, UnderMine, Xeno Crisis, and many more also arrive this month. 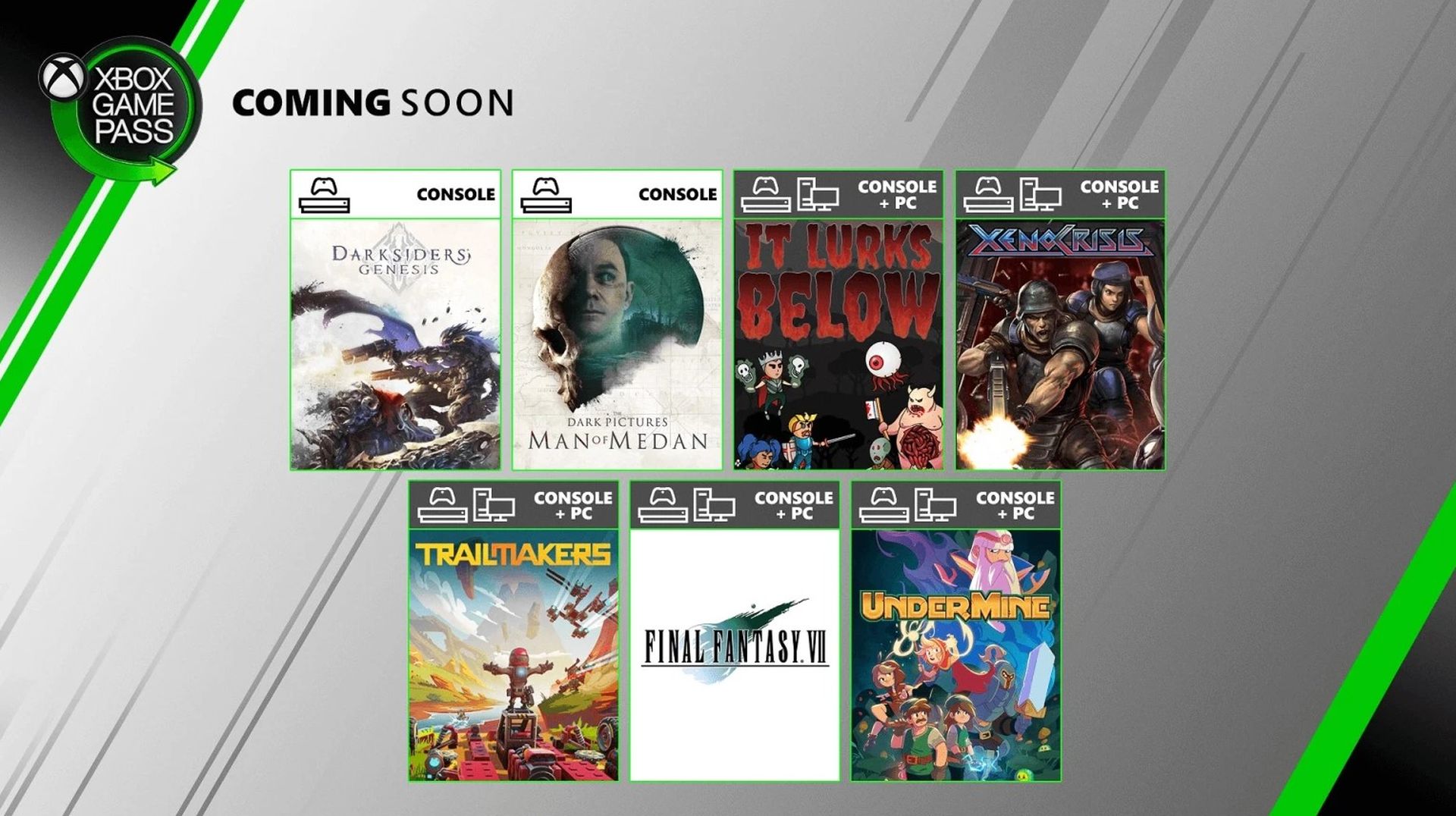 With August kicking off, the latest slate of Xbox Game Pass titles has been announced. It begins with Darksiders: Genesis and The Dark Pictures Anthology: Man of Medan coming to Xbox Game Pass for consoles tomorrow. It Lurks Below, UnderMine, Xeno Crisis and Trailmakers will also be available tomorrow for both console and PC subscribers.

On August 13th, Final Fantasy 7 will be accessible for Xbox Game Pass for console and PC. This isn’t the recent Final Fantasy 7 Remake, which is timed exclusive for PS4 until April 2021, but the classic RPG still holds up till this day. Check it out in stellar HD visuals next week.

Of course, new games arriving means old games are leaving. On August 14th, Devil May Cry 5 will leave Xbox Game Pass for console while Space Hulk: Tactics and Where the Water Tastes Like Wine will be gone for PC subscribers. Kingdom Come: Deliverance and Yoku’s Island Express will become unavailable for subscribers on both platforms.