With many games moving on the big screen, such as the recently announced Mass Effect movie, many fans were wondering what’s going on with the Metal Gear Solid movie, David Hayter (voice actor of Snake) has the answers.

They’ve been trying to work out a deal between [creator Hideo Kojima] and [Sony],” said Hayter

“A couple of years ago, a producer friend of mine asked me if I would be interested in doing the adaptation. And I said ‘Of course. I know it pretty well.’ I think I can say without contradiction that I know it better than any screenwriter on the planet. I’ve said every word that Snake has said. So I felt well-qualified.”

“On top of that, I don’t believe they were ever able to successfully close a deal between Mr. Kojima and Sony. This is all just stuff I’ve heard,” he added.

Eventhough an MGS movie is a no go for now, Hayter explains that he keeps his hopes up for such a movie.

“I really want to spring some things on people,” he explained. “Having been intimately involved with ‘Metal Gear,’ I would like to give people a story that will grab the fans. The fans will know the context that we’re talking about once they see the trailers. They’ll say ‘They’re going there.’ But they won’t quite know how the story is going to unfold or what some of the big surprises are going to be. And that’s really the only way to keep a movie [adaptation] interesting.” 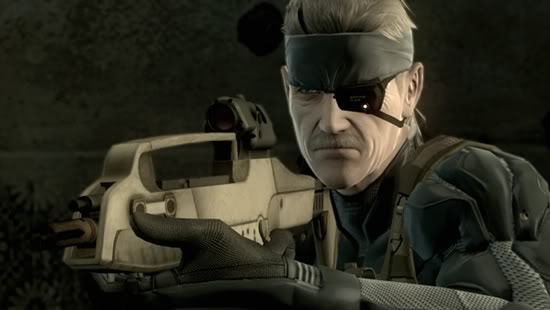 I have to ask though, what’s really going on with all these “game” movies, i mean all of us heard about a Shadow of the Colossus movie, and many others, the only one that you can actually even look at is a Tekken movie, which to be honest, doesn’t look promising.