The latest update to the PC version of Dead Cells adds characters from Shovel Knight, Katana ZERO, and Terraria, among other indie games, as new outfits. 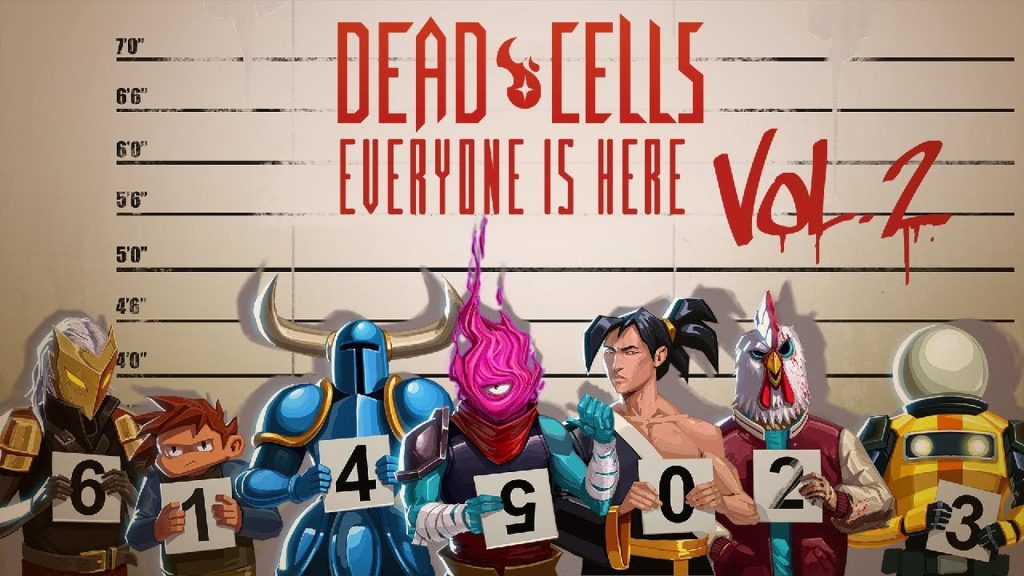 Dead Cells has gotten a new update that adds a host of new characters to the game. As part of the update, characters from several indie games are now playable in Dead Cells, including the protagonists of Shovel Knight, Katana ZERO, Slay the Spire, Hotline Miami, Risk of Rain, and Terraria. Check out the trailer below.

The update, titled Dead Cells: Everyone is Here Volume 2, is live on PC now. The console releases of the game will be getting the update later this month. Alongside the update, Dead Cells is also now available on Steam as part of anindie bundle that includes these games.

The new characters are outfits that essentially replace Dead Cells‘ protagonist The Beheaded. The update also added iconic weapons from these indie games into Dead Cells. Check out the complete list of outfits and weapons below.

These weapons also have unique properties and traits of their own. For example, Slay the Spire‘s Diverse Deck lets players cycle through passive effects based on the card game’s four playable characters.

The new character outfits can be unlocked by solving new riddles in the book of clues in the Prisoner’s Quarters. Solving the riddles and completing the challenges automatically unlocks the corresponding outfit.