Explore the Derelict Distillery and be wary of lots of exploding barrels. 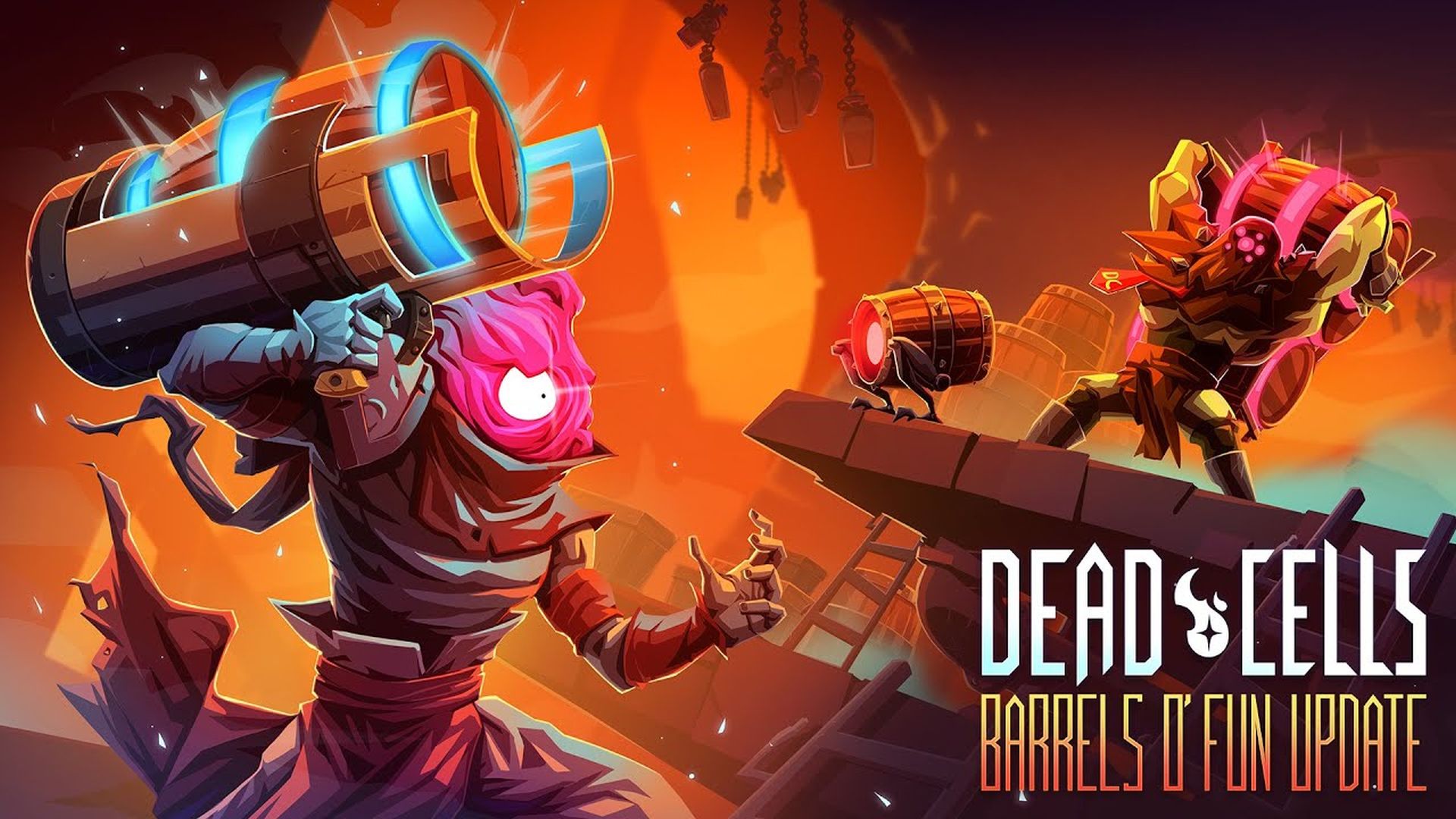 A new free update is live for Motion Twin’s Dead Cells, courtesy of the Evil Empire team. The update, dubbed “Barrels o’ Fun”, adds a new biome in the Derelict Distillery. Barrels are a big theme of this update and the distillery throws a lot of them at you. Check out the newest trailer below to see for yourself.

The update also adds some new enemies who will chuck barrels right at you. There’s also a mimic-like foe that disguises itself as a barrel and self-destructs when you get too close. Fortunately, there are ways to even the odds as you can fire exploding barrels back at enemies with the barrel launcher or shock them with the tesla coil.

New music has also been added with the update. It’s actually the entire soundtrack available in chiptune, which makes for quite the retro experience. Some samples have been provided in the trailer below along with the Beheaded moonwalking through levels. Yes, for real.

The “Barrels o’ Fun” update is live for PC currently and will be coming to consoles later.