Everything you need to know about Dead Island 2 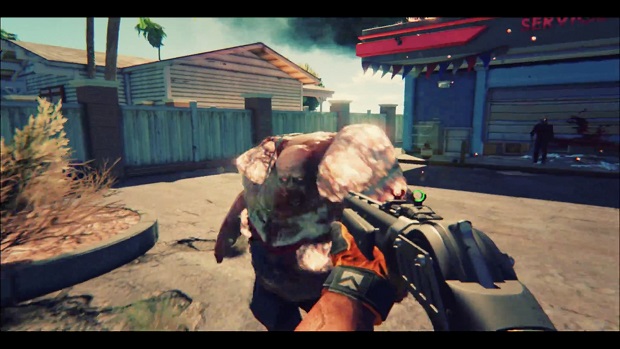 Dead Island 2 is an upcoming stylised first person shooter, role playing game with action and horror elements that is currently in development by the German based studio, Yager Development, the same team that developed that massively well received sleeper hit war drama shooter, Spec Ops: The Line. The game is also set to be published by the series owners, the industry renowned Deep Silver. Together they make a powerful pedigree.

Whilst no concrete release date is in place yet, the game is scheduled for release at some time in spring of 2015 on Xbox One, PlayStation 3 and Microsoft Windows PC’s. The game will be made available at retail upon its release and via digital download via the appropriate online market place.

Deep Silver originally had the developers of Dead Island and Dead Island Riptide lined up to develop Dead Island 2. But Techland decided to focus their efforts elsewhere and instead directed their attention onto their upcoming game, Dying Light which is being developed with Warner Bros Interactive and is also a first person role playing game with action horror elements.

Following the departure of Techland, Deep Silver went on the search for a new developer to tackle their first person Zombie slaying series. At some in summer of 2012, German developers Yager Development pitched Dead Island 2 to Deep Silver and they impressed upon them so well that they got a deal. When Sony took to the stage for their press conference for E3 2014, they officially announced the game and showed a reveal trailer that (while very impressive visually) showed no gameplay. It did however portray the Dead Island series in a more over the top and colourful light than previous builds of the game.

Following the reveal trailer, Dead Island 2 went quiet for a while. At Gamescom 2014 in Cologne Germany, the silence was broken when an early build of the game was shown off by Deep Silver. The gameplay footage that was given a stage demo featured a number of real world locations including California and Hollywood. Given that the game shown off was an early build, a variety of weapons, weapon mods and enemy types weren’t shown on screen. It was during the Cologne Gamescom Demo that Deep Silver revealed that the game will, like those before it, feature multiple characters, four in total. Despite the announcement of four playable characters, only 2 where shown to the audience. This Demo was also the staging post for the reveal of a cooperative mode as well as a competitive multiplayer suite.

The plot of Dead Island 2 is set seven months after the tragedy of a zombie outbreak on the lush, fictional, tropical island of Banoi. The outbreak spread in unexpected ways and at an unprecedented speed. Seven months after patient zero of Banoi, the outbreak reaches California. The United States are forced to put the entirety of California on Military lockdown underneath a full quarantine. This newly established forbidden zone is now rife with zombie activity.

Dead Island 2 is setting up to be quite a different affair when compared to its predecessors, though the intricacies of gameplay aren’t entirely known yet. The game is still set in a huge world map that the player must navigate to complete objectives and progress through the game.

The game is primarily if not wholly played from a first person perspective with the player using both ranged and melee weapons. Most melee weapons can be upgraded in all manner of wacky ways, creating ever more lethal, albeit silly, weapons for tackling the zombie hordes.

The Rage meter returns in Dead Island 2, giving players a pool of reserved strength for when things get particularly hairy. This enables improved combat abilities as well as improved weapon combining abilities.

With that being said, the games combat mechanics have been tweaked to deliver a much more visceral experience, resulting in much more violent encounters with considerably more numerous and agile zombies. Their massive numbers is countered only by their frailty.

While information is scarce, the names that have been released regarding characters are Max (the foot from the trailer), Bezerker, Hunter, Bishop, and Speeder.