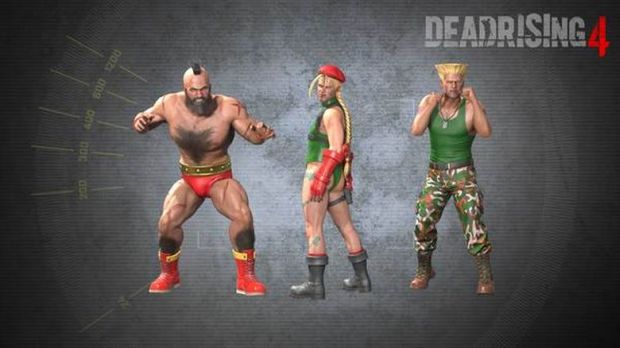 Capcom’s Dead Rising 4 may have performed averagely in terms of critical and commercial gains but it’s still receiving support. A new outfit pack will be out on January 30th as a free update and will include four new costumes from Street Fighter.

So if you’re looking to dress Frank West up as Zangief, M. Bison, Guile or even (shudder) Cammy, then this is for you.

Also worthy of note is how the update will introduce some bug fixes and a new higher difficulty to play it. Health items won’t heal you for as much, weapons break faster and enemies deal more damage. Pretty much the standard fare as far as open world titles go.

If that weren’t enough, a free trial will be live on January 31st, allowing you play an hour of the game. This includes multiplayer and Story Mode, and also allows you to earn Achievements that will carry over into the full game along with your save files.