Epic Games has announced that Isaac Clarke has now joined the ranks of Fortnite's Gaming Legends Series as a player skin. 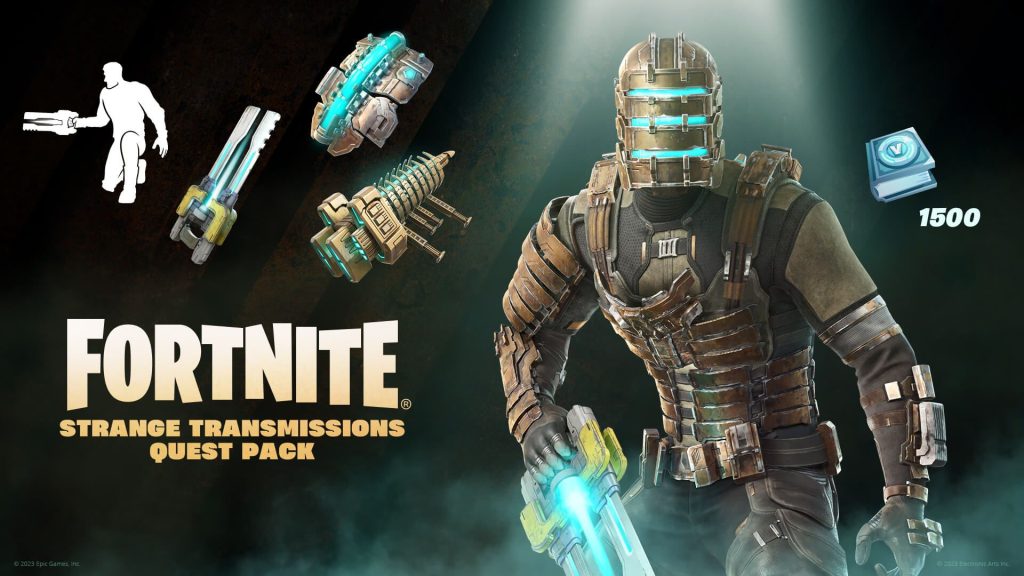 Epic Games has announced that Dead Space protagonist Isaac Clarke is the newest addition to Fortnite‘s Gaming Legends Series as a playable character. The player skin can be gotten through the Strange Transmissions Quest Pack, which is available on the Fortnite Item Shop for $11.99.

Other contents of the Strange Transmissions Quest Pack include a series of quests to earn up to 1,500 V-Bucks, the RIG Back Bling, the USG Ishimura Back Bling, and the Plasma Cutter Pickaxe.

The announcement comes just days before the release of the Dead Space remake, which is set to hit PC, PS5, and Xbox Series X/S on January 27. Developer Motive Studio recently also revealed global launch timings for the horror game.

Pre-loads for the Dead Space remake recently went live on Xbox Series X/S, and PC and PS5 players can start pre-loading the game on January 25.

For more details on Dead Space, here are the 14 biggest differences between the 2008 original and the remake, and here is one of the developers saying that the game’s too scary for him to play at night with headphones.