Watch the remake's take on "Course Correction" as Isaac refuels the USG Ishimura, fighting off Necromorphs and navigating zero-G environments. 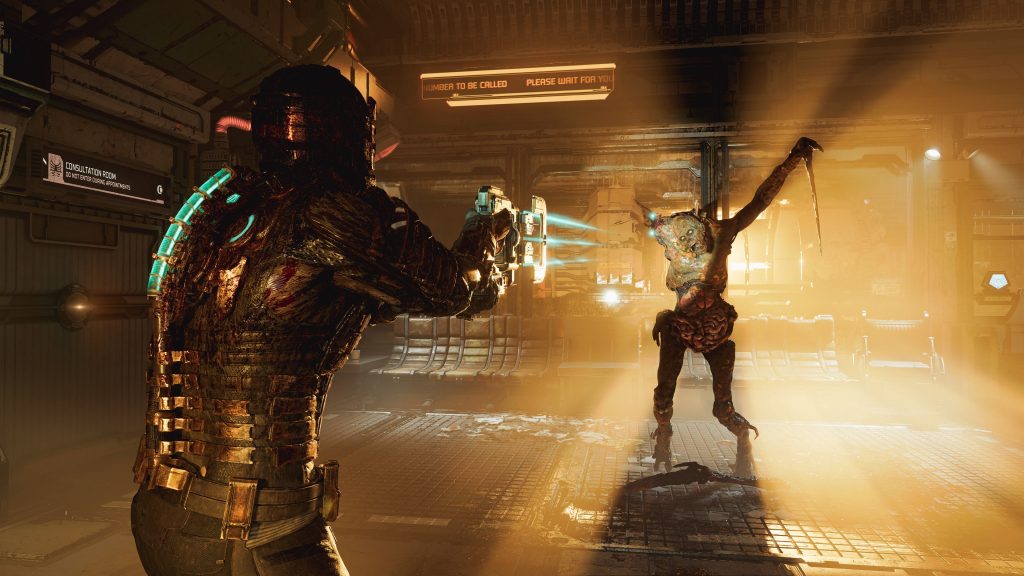 Motive Studio’s Dead Space remake has been looking sumptuous as of late, following its gameplay reveal and extended walkthrough. While extended footage for Chapters 2 and 3 has been reported on, most was subsequently removed. Thankfully, YBR Gaming has uploaded about 58 minutes of gameplay from Chapter 3. Check it out below.

The gameplay represents an early build, as evident by a few audio bugs and a missing death animation at one point. Nevertheless, the lighting and particle effects look especially gorgeous. Chapter 3: Course Correction sees Isaac attempting to refuel the Ishimura while getting the Gravity Centrifuge working again.

After fighting off Necromorphs (which showcases the new Peeling System), he’ll also venture into zero-gravity environments. Dead Space remake offers several other improvements over the original, including a new Intensity Director, new rooms, and some changes to scenes. It’s out on January 27th, 2023, for Xbox Series X/S, PS5, and PC. For more details, head here.