Death Stranding Ending Explained, And How (Or If) It Sets Up A Sequel

It all makes sense if you really, really (really) think about it.

Posted By Shubhankar Parijat | On 26th, Nov. 2019 Under Article, Feature

In true Hideo Kojima fashion, Death Stranding is a large and dense game, and its narrative is overflowing with things that it wants to show and say. Given how shrouded in mystery the game was since the day it was announced right up until the day it launched, it goes without saying that its story is something we’ve all been looking forward to experience for some time now. And with its high-concept post-apocalyptic setting, its barrage of themes and messages, its complicated characters, and many, many twists, it certainly does not disappoint.

Death Stranding answers many questions in its concluding 5-6 hours, putting a neat little bow on its entire story even in its final moments, and most questions you have had about the game will – in some form another – have been answered by the time you’re done with it. And two major revelations at the end of the game serve as the catalyst for the answers provided for most of these questions.

Before we go any further, here is your customary spoiler warning, though that really should go without saying. This feature is also working on the assumption that you’ve played the game and have a basic understanding of its setting, its characters, and its most major events, so the only explanations you’ll find here are ones for its ending.

Now, with that out of the way, let’s get started. 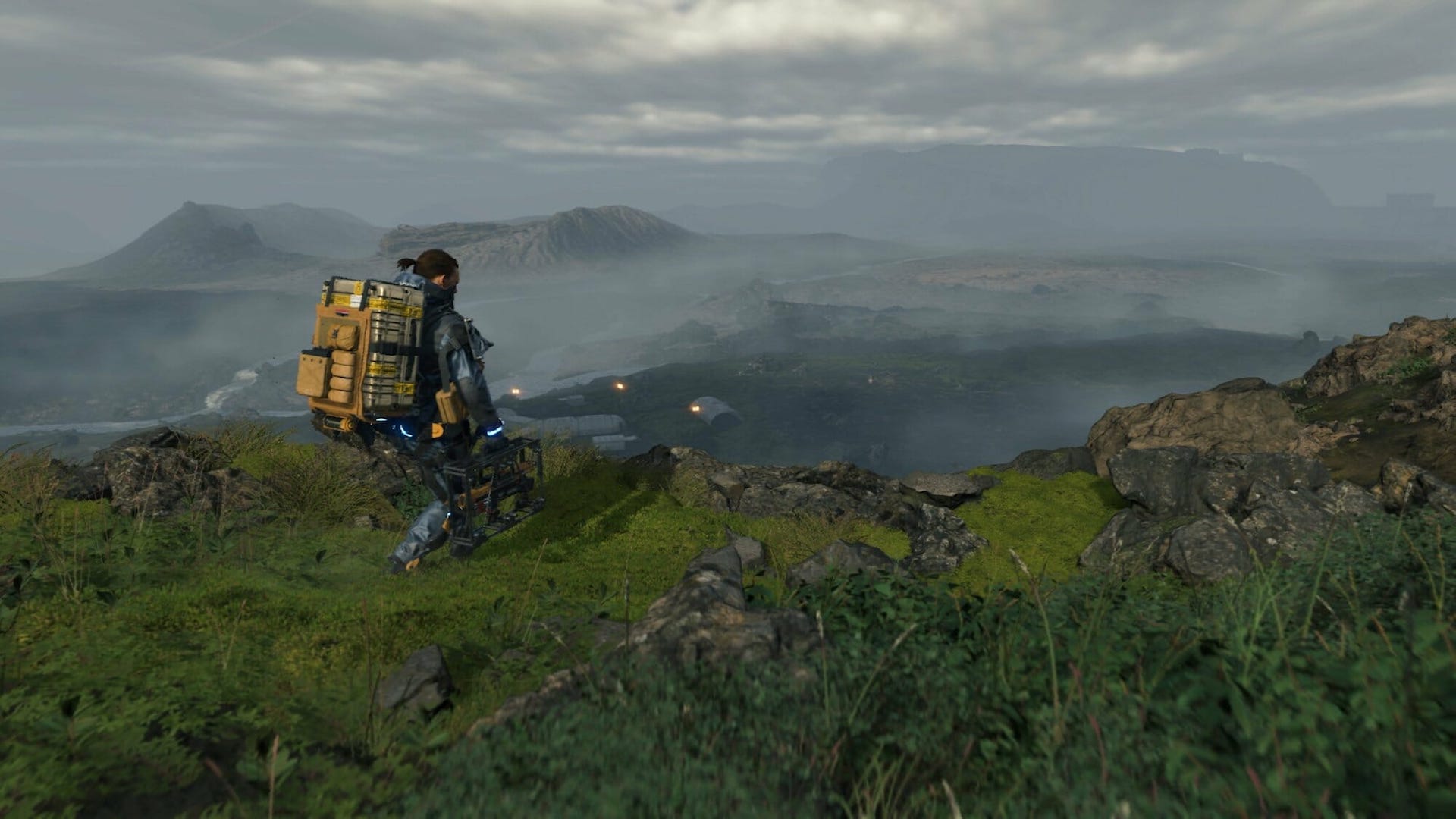 Of the two major revelations mentioned earlier, the one that answers the bigger questions in the game are the fact that Amelie – or Bridget, or whatever you want to call her – is an Extinction Entity. Death Stranding establishes before it gets to an ending that the cataclysmic event that has torn the world into pieces is not the first of its kind, and that there have been five other large-scale extinction events – or Death Strandings – before this one, with each one of them resulting in the extinction of the more dominant life forms on Earth, and paving the way for other life to evolve and thrive.

Each of the Death Strandings have been brought about by supernatural entities known as Extinction Entities (or EEs), who serve as the catalysts that cause the Death Stranding, with the implication being that the five mysterious figures Sam keeps seeing on the horizon are the last five Extinction Entities. In case you haven’t connected the dots, the Death Stranding is the name that’s been given to the event that sees the world of the dead and the living colliding, which sees matter and antimatter colliding to trigger violent explosions known as Voidouts. Multiple voidouts on a global scale are together what cause these mass extinction events, and that is what is happening in Death Stranding’s current timeline as well.

This is the sixth Death Stranding, and its EE is Amelie. Or Bridget. Those two, as it turns out, are one and the same. Bridget/Amelie is the EE- Bridget is her worldly body – or her Ha – while Amelie is her soul – or her ka. Amelie can only manifest on the Beach – which makes sense, since the Beach is not part of the world of the living. And though Amelie eventually decided to do what he was destined to do and bring about not only the sixth Death Stranding, but the Last Stranding – an extinction event that would completely wipe out all life on Earth as we know it – she started out as someone who was looking to prevent that.

When she realized what she was and what her Beach represented – a conduit between the worlds of the living and the dead – Amelie decided to build the Chiral network, which she intended to use to get access to knowledge of the previous five Death Strandings and their EEs, in turn hoping to use that knowledge that prevent another Death Stranding. Out in the real world, that drive to put a stop to the Death Stranding was what led to the experiments with Bridge Babies (or BBs), which we now know led to the Voidouts that obliterated Manhattan (more on this in a bit). 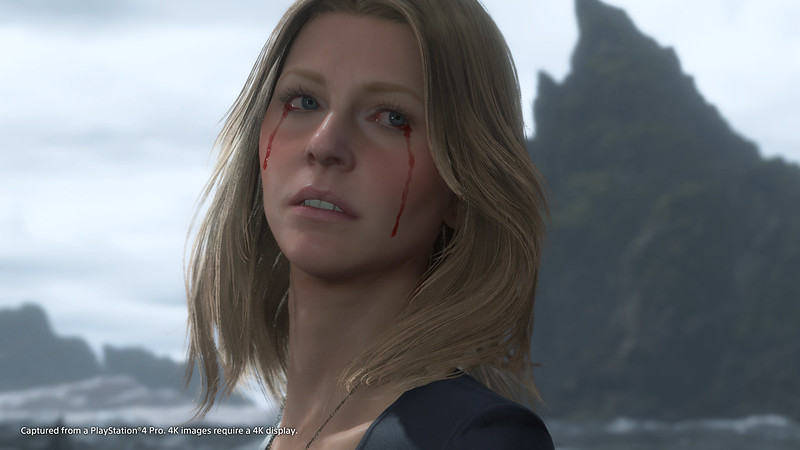 Overtime, Amelie realizes that trying to stop the Death Stranding is an exercise in futility, that the extinction of humanity is an inevitability that simply cannot be stopped- it can merely be postponed. Amelie decides that it would be better to just get it over with, and that rather than letting the world be stuck in this cycle of destruction and rebirth, it should just be allow to die. And so, she decides to bring about the Last Stranding, eventually luring Higgs into helping Higgs with her plan as well. In fact, even Sam’s mission to reconnect America and bring the Chiral network online is part of that plan. Amelie’s Beach, you see, is not only a conduit between the worlds of the living and the dead, it is also a conduit for the entire Chiral network, and by activating that network in all of America, Sam inadvertently opens the floodgates for BTs to pour out into the world of the living and devour it all.

However, Sam’s trek across the continent has had unintended effects on Amelie as well. His perseverance and his will to keep on surviving even in the face of terrifying dangers brings Amelie to realize that there is still hope for humanity yet. During Death Stranding’s climax, at her Beach, Amelie thus gives Sam a choice- he can either stay with her and witness the Last Stranding, or he can put a stop to it, by getting her to cut herself and her Beach off from the world of the living. Through Sam’s actions, Amelie decides that even though a sixth Death Stranding is inevitable, it does not have to be fast-tracked. She decides to let it happen naturally when it will, and Sam is able to prevent the Last Stranding.

The second of the two major revelations I mentioned earlier revolves around BBs, Sam’s origins, and Cliff. Throughout the game, it is implied that Lou – the BB Sam has been travelling with – was Cliff’s son, but Death Stranding reveals in its closing moments that Lou is just a regular, run-of-the-mill BB (she’s also a girl, whom Sam eventually names Louise). Cliff’s son – and the original BB – was Sam Porter Bridges all along. When Cliff was shot to death by Bridget and John (a.k.a. Die-Hardman), the shot killed not just him, but also his BB, Sam.

Panic stricken, over at the Beach, Bridget – or Amelie – found baby Sam’s corpse, and healed his wound, resulting in the cross-shaped scar that he bears to this day. She then sends him into the Seam, through which he travels back into his body in the world of the living and is reborn. This, as it turns out, is how Sam got his repatriation powers, and why he’s able to come back from the dead. It all originates from Amelie, which originated from her own guilt for having accidentally shot and killed him when he was a baby. Once he is resuscitated, Bridget adopts him as his son.

It is in context with all this information – the shady past of Die-Hardman and Bridges, the nature of BBs, and his own general disposition toward all of it – that Sam eventually decides to not cremate his own BB – Lou – and also to leave Bridges. Instead of cremating, Lou, he burns his cufflinks, which allows him to successfully disappear from the eyes of Bridges, with Lou as his own child.

So, by the time Death Stranding ends, almost all of its major mysteries have been resolved. Higgs is dead, Cliff’s moved on, the Last Stranding has been prevented, Die-Hardman is the President of the reformed United Cities of America, and Sam has cut himself off from Bridges and is living out his life peacefully with Lou. Does it even need a sequel? It’s fair to say that the game and its story is pretty self-sufficient, and it’s not a game that absolutely needs a sequel- but if Kojima were to make a sequel, there’s still things he could tackle.

It’s clear that the sixth Death Stranding has merely been postponed, so it’s always possible that antagonists up to no good could pop up in a sequel that attempt to bring it about once more. There’s also some interesting questions that still need answering- like what even brought about the Death Stranding? What is the cause behind all six of these extinction events? What’s the nature of Timefall, and its connection to the Death Stranding?

Other, more character-specific arcs could also be taken further in a potential sequel. For example, Heartman’s quest to find his wife and child on the Beach is something that is never resolved in the game, and it would be interesting to see how he reconciles that with the events that transpire at the end of the first game. The UCA, Bridges, and Die-Hardman also have a lot of moral quandaries hanging over their heads, and their shady nature is something that a sequel could explore further. Additionally, if there were indeed to ever be a sequel, would Sam make a return? At the end of Death Stranding, he’s all but retired, having adopted Lou as his own child and cut himself off from Bridges by burning his cufflinks. But then again, Kojima had a knack for bringing Solid Snake out of retirement time and again, so maybe it’s not over for Sam Porter Bridges just yet.

That said, Death Stranding is a lot more self-sufficient than most would have imagined. Unlike with, say, Metal Gear Solid 1 and its ending phone call between Ocelot and Solidus Snake, Death Stranding has no cliffhanger or obvious sequel bait- but it’s still looking likely that there will be a sequel. Kojima has said a few times now that he would have to make sequels to Death Stranding to properly establish the “Strand” genre, while if the game should prove to be a commercial success, he would have even more motivation to do so. Not to mention the fact that Kojima, being himself, probably already has multiple ideas about where he could take a sequel should he decide to work on one.