Kojima's upcoming megaton is finally in line for its big gameplay blowout.

At Gamescom this year, Hideo Kojima showed off a couple of new trailers for the upcoming Death Stranding, one of which also showed a good few minutes of gameplay. It was the first time we were able to see uncut gameplay footage of the title in action, but it still wasn’t a lot- though Kojima did promise that he’d be showing more at Tokyo Game Show (which Sony also later confirmed).

Now, on their official Japanese site, Sony have published a schedule for their TGS plans (you can check it out below). That schedule mentions three Death Stranding-related panels and shows. Two are live stage shows with gameplay footage, one of which is on September 12, and the other on September 14. These will be followed by a panel on September 15 with the Japanese voice cast of the game, with fans in attendance.

Death Stranding developer Kojima Productions also confirms on Twitter that the first live stage show for the game will have about 50 minutes of content, while the second one will have about 30 minutes of content. Of course, “content” doesn’t necessarily have to mean gameplay footage, but we’re hoping the game finally gets the big gameplay blowout next week. Either way, stay tuned, and we’ll keep you updated on all the new info that comes our way.

At the #DeathStranding Live Stages, for Sept 12th we will have about 50 mins of content, and for Sept 14th about 30 mins. For Sept 15th, members of the Japanese VO cast will be joining us, and our dear Hideo Kojima will be there too for all the stages! https://t.co/pVb97rZDJz 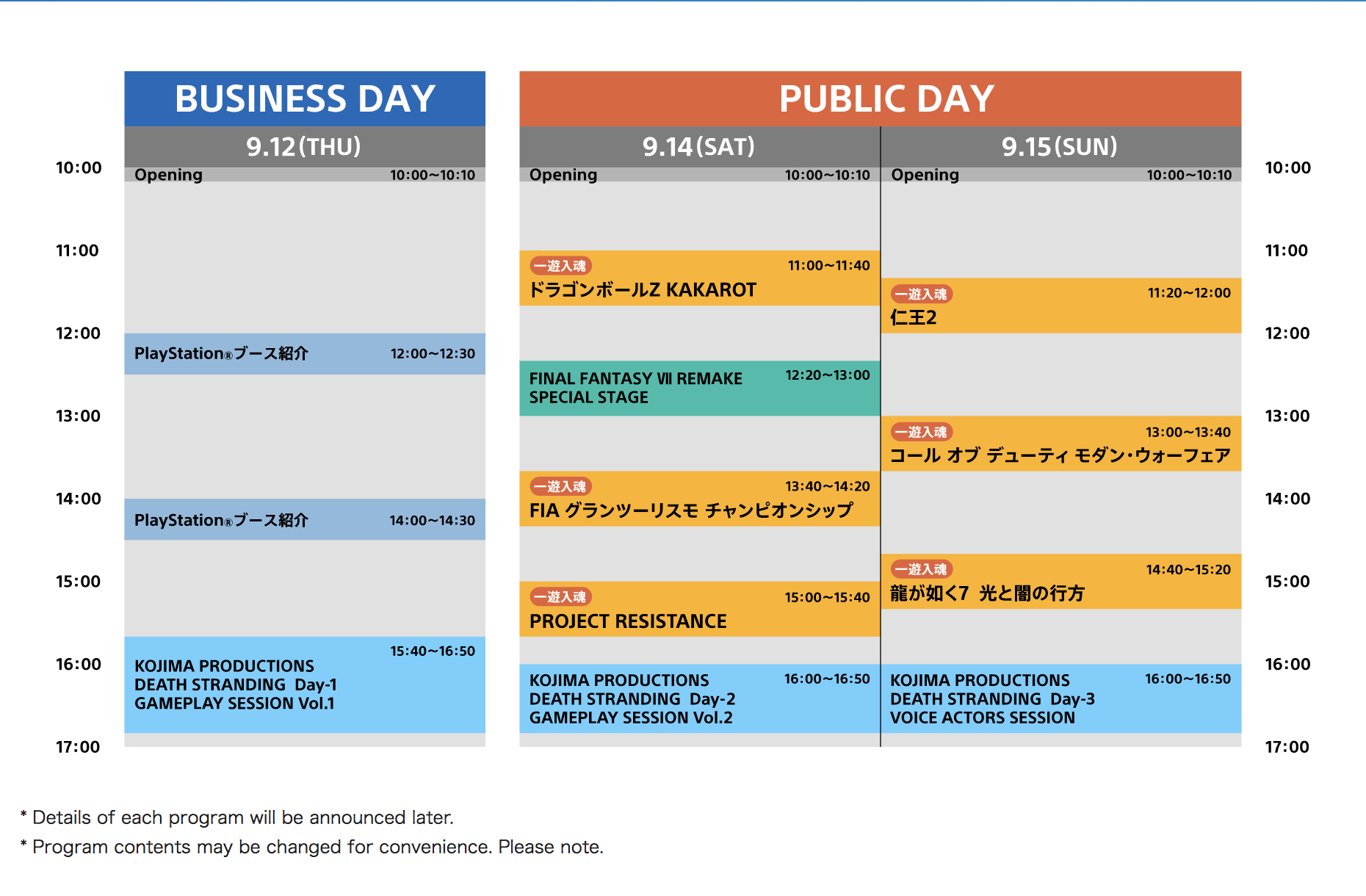