Ghost Ship Games’ Deep Rock Galactic has been chugging along since launching into Steam Early Access, receiving numerous updates and new content. To celebrate its one year anniversary, the co-op space mining shooter is hosting a free weekend. This will last until March 4th, and you can also pick up the game at a discounted price of $19.

As for the future, Ghost Ship Games outlined a roadmap for future updates. Starting from March, there will be new enemy types, more gear mods, and more elite enemy variants. Future updates will bring daily adventures, new mutators, an overhaul of the Space Rig, and much more.

Of course, due to the developer’s plans and overall vision for the game expanding, it’s decided to increase the price from $25 to $30 in late March. The hike won’t affect those who already own the game and you can pick it up at the current price before then. 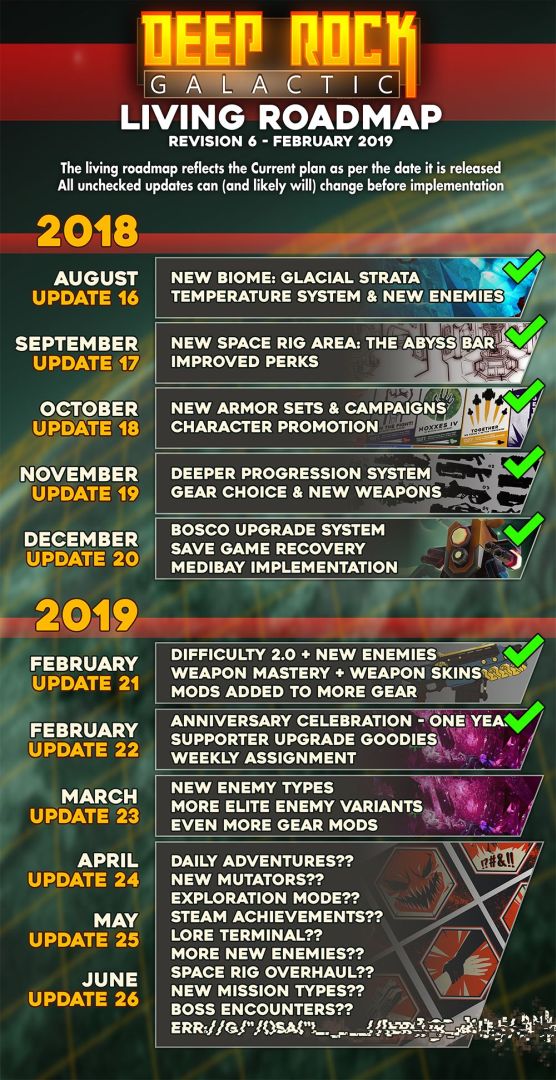