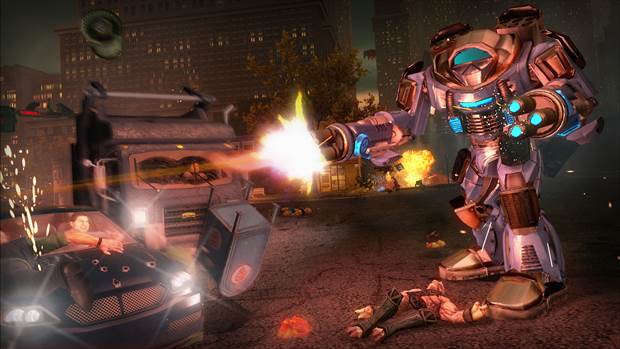 Say what you will about piracy, but there’s no denying that it’s a significant issue for video games. This goes double for PC games, and several publishers such as EA and Ubisoft has constructed their own means of trying to circumvent the same (with disastrous results).

Speaking to Penny Arcade, Deep Silver CEO Klemens Kundratitz spoke about the piracy issues. “Many publishers are not launching day and date because the PC is so difficult, but they fear the piracy issues, so they’d rather first focus on consoles.”

That doesn’t mean the Saints Row IV and Metro: Last Light publisher will be implementing any DRM “We have not, no. Uplay is not the way we want to approach things, definitely. I think we just need to make sure that the games we publish are worth the money, and certainly there is always this piracy situation that any publisher has. No publisher can tackle, really.

“In a business plan, we typically ignore it. It’s not something that is new, it’s something that has been part of our business for decades. As a publisher you just live with it, yes?”

Kundratitz also spoke about the success of Metro on the PC, despite all the issues of piracy floating around. “When we look at Metro for example, Metro is first and foremost a PC brand. In the first iteration, it was launched on Xbox 360 and PC, but it is at its heart a PC product. There is not a question about whether it’s difficult to also launch on PC, because PC is number one.”

“Console sales were bigger, no doubt, for the last Metro product, but PC has a very decent share and it has got a very active and committed community. As you know, we are supporting modders for Saints Row now, and also for Metro. It is a different type of gamer who plays on PC, and we keep them very much in focus. They are different groups.”

Do you agree on Deep Silver’s stance? Let us know in the comments below.