Cautious? Yeah, us too. 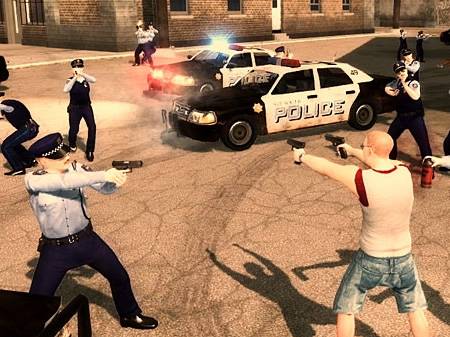 THQ’s assets were recently sold off to other companies in an auction yesterday, and it was revealed that Koch Media, owners of Deep Silver (developers of Dead Island) have purchased the rights to the Saint’s Row and Metro franchises (you can read all about it here).

While no plans for the future of the two franchises have yet been announced by Koch, Dead Island developers Deep Silver have gone ahead and spoken out on their Twitter page, saying that they are very happy to be collaborating with Volition while they work on these franchises.

“We’re SO EXCITED to be cooperating with@VolitionInc and 4A Games on a future for Saints Row and Metro that is faithful to their franchises!” Reads the tweet.

It’s probably nothing to go by right now, but, well, it’s something.

We’re guessing Metro: Last Light will be released as planned, and then the devs will decide what to do next.