A sloppy port of a solid game.

KeokeN Interactive’s Deliver Us the Moon has had an interesting life since it first launched in 2018. Since that initial release on PC, it has been through more than a few ups and downs- widely criticized at first for not even having a proper ending and other major issues besides, significantly improved with subsequent updates that addressed a lot of those problems, capturing a solid fanbase in the time to come, making its way to PS4 and Xbox One. Recently, the developer also announced a full-fledged sequel in Deliver Us Mars, which is due out later this year, and ahead of that, the small team has also brought Deliver Us the Moon to current-gen platforms.

And with this newest port, there’s both good news and bad news. The good news is that it throws a spotlight on the game once again, several years after its launch, bringing it to more people’s attention and giving them the opportunity to play through its brief but engaging science fiction adventure in the lead-up to its sequel’s launch. The bad news is that the port itself is far from perfect, and has more than a few technical issues. The net result? That, as you may have guessed it’s mixed. Deliver Us the Moon remains a good game, but I’m not sure if playing it on current-gen consoles is the best way to go about it. 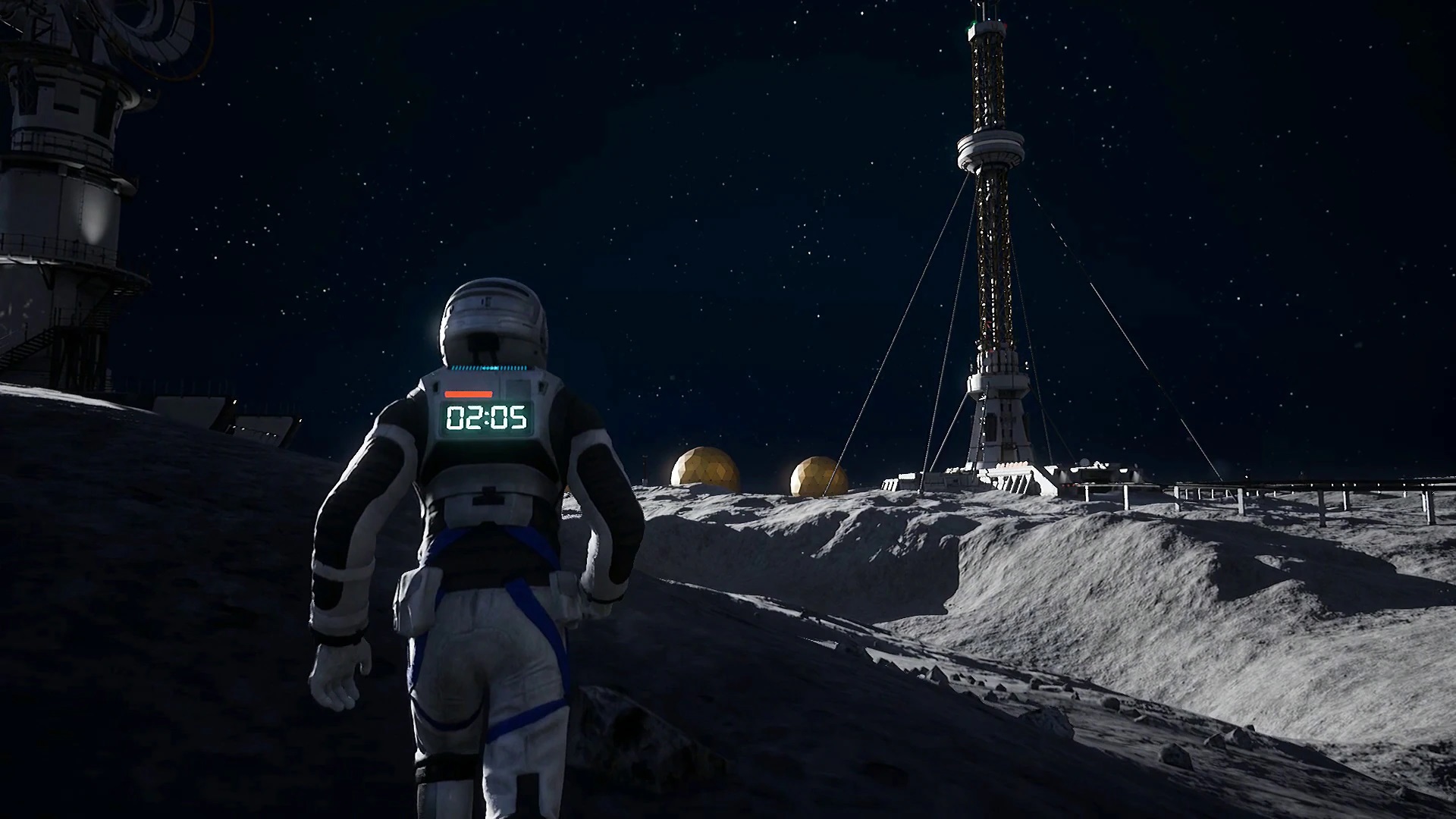 "Deliver Us the Moon remains a good game, but I’m not sure if playing it on current-gen consoles is the best way to go about it."

The game is set in a not-too-distant future. A few decades from now, the Earth is facing an energy crisis unlike any other, and that, combined with climate catastrophes, has turned the planet into one large desert. Years before the beginning of the game, humanity came up with a solution to that issue when they found an isotope, Helium-3, on the moon that could serve as a replacement for fossil fuel, but that solution proved temporary. A few years after the establishment of the lunar colony, it mysteriously went silent, stopped transmitting Helium-3 to the planet, and went completely dark. In order to bring the colony back online to resume the energy transfer and save the planet from an impending apocalypse, as well as to figure out exactly why the colony went dark in the first place, a lone astronaut is sent to the moon in secret. When she arrives, she finds nothing but silence, emptiness, and a whole lot of questions.

Deliver Us the Moon doesn’t break new ground with its narrative premise or its story by any means, but it’s in the execution that the game succeeds. Most of the story is told passively, through holograms and audio logs discovered in the environment, which means you’re rewarded for exploring and digging into your surroundings on a fundamental level. Atmosphere is a key part of the experience in this game, and the complete isolation of the protagonist and the eerie emptiness of the abandoned locations you visit all end up forming a key part of the game’s identity, and that combines with the storytelling style rather well.

On the gameplay front, Deliver Us the Moon is simple yet effective- for the most part. The bulk of the experience is focused on solving puzzles and exploring environments, with the game divided pretty evenly between first person and third person sections. The puzzles are largely simple and to-the-point, but not so much so that they require minimal engagement, and what makes them stand apart is the amount of time you spend in zero-gravity environments. Being forced to think in three dimensions can be a bit awkward as you begin playing the game, but once you get used to it, it’s actually implemented quite well. Movement in general does have some issues and can feel a bit too clunky and weighty, even when you’re not in zero gravity. It also doesn’t help that on default settings, the camera feels way too heavy- I had to go into the settings and turn the sensitivity way up for it to get to a decent level, so there’s a good chance you end up having to do that as well. 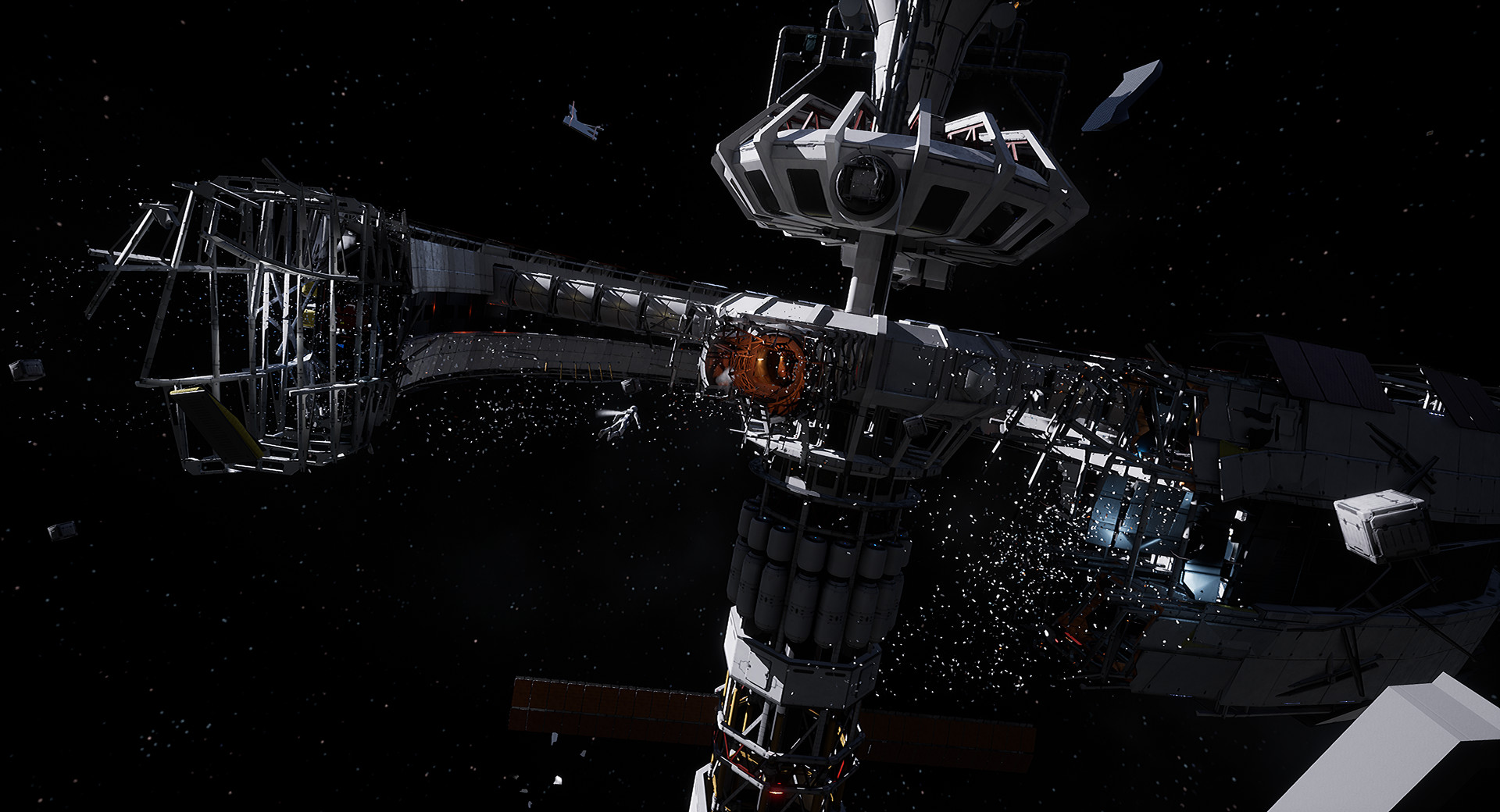 "For some reason, Deliver Us the Moon has significant frame rate drops. The game slows down to a crawl for no good reason with surprising frequency, and as you might imagine, it drags down the experience in noticeable ways."

Deliver Us the Moon’s current-gen port also suffers from some significant technical issues. This is a game that was built by a small team on a tight budget, and with that in mind, it actually looks really good. Environments are sharp and quite detailed, and though there are some issues with bland textures here and there and distant objects looking hazy, by and large, it’s a decent looking game. The issue, however, arises with performance. For some reason, Deliver Us the Moon has significant frame rate drops. The game slows down to a crawl for no good reason with surprising frequency, and as you might imagine, it drags down the experience in noticeable ways. At one point, I also had a hard crash, forcing me to restart the game.

It’s a good thing that Deliver Us the Moon’s current-gen versions are a free upgrade for anyone who owns the game on PS4 or Xbox One, because I’m not sure that it’s worth the $25 it costs at launch. That’s not just because it’s a pretty brief game at 4-5 hours in length- those are actually pretty solid 4-5 hours, and I’m not calling the inherent quality of the game itself into question. It’s a sloppy port of a solid game though, and probably not the best way to experience the game. If you are looking to dive into Deliver Us the Moon’s somber yet captivating offerings for the first time, keep that in mine.

Final Verdict:
GOOD
Deliver Us the Moon is a solid game, but this sloppy current-gen upgrade is probably not the best way to experience it.
A copy of this game was provided by Developer/Publisher/Distributor/PR Agency for review purposes. Click here to know more about our Reviews Policy.