Denis Dyack: There “won’t be an Industry” if used games continue to exist 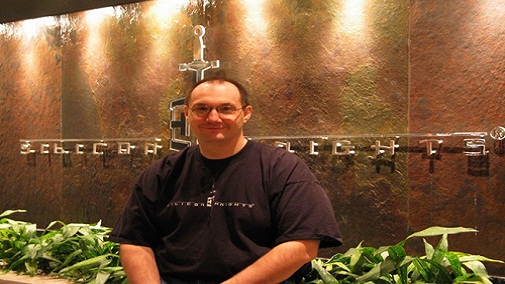 Denis Dyack, head of Silicon Knights, has mentioned in an interview with GamesIndustry International that used games are detrimental to the industry, and will increase the cost of games in the future.

“The biggest problem is that used games have essentially cut off the revenue tail for most titles,” Dyack revealed.

“There used to be something in games for 20 years called a tail, where say you have a game called Warcraft that would sell for 10 years. Because there are no used games, you could actually sell a game for a long time, and get recurring revenue for quite a while. Recurring revenue is very key.

“Now there is no tail. Literally, you will get most of your sales within three months of launch, which has created this really unhealthy extreme where you have to sell it really fast and then you have to do anything else to get money,” he added.

He also said that used games puts the developer in a risky position, and there won’t be any industry if this continues to flourish.

“I would argue, and I’ve said this before, that used games are cannibalizing the industry. If developers and publishers don’t see revenue from that, it’s not a matter of hey ‘we’re trying to increase the price of games to consumers, and we want more,’ we’re just trying to survive as an industry,” he said.

“If used games continue the way that they are, it’s going to cannibalize, there’s not going to be an industry.”

The platform holders are in a tough spot here – they cannot go against Gamestop as its vital for wider market reach, and considering Gamestop makes almost $1.2 billion from used games, the developers suffer as well.