Distant Shore will be available in all playlists once Iron Banner ends on October 17th. 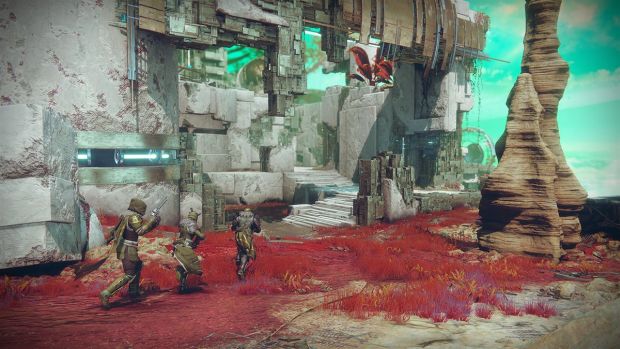 Bungie’s Destiny 2 may not have the best end-game but the developer continues to add maps for the general population to enjoy. After Emperor’s Respite and Infinity, there’s a brand new map called Distant Shore that will debut with Iron Banner later today. It will arrive in all playlists once the event is over.

A remake of Shores of Time from Destiny 1, the map has B point overlooking C point. Meanwhile, the former is separated from A point by a fairly notorious gap. Shores of Time is sort of a favourite among Destiny fans thanks to its mix of open spaces and closed corridors so it’s good to see it return.

Of course, many could make the argument that the map is just a reskin of Destiny 1 content and not really “new”. Then again, Titanfall 2 has made a practice of repackaging Titanfall 1 maps and offering them for free so it’s not exactly a new practice (though Respawn offers brand new maps as well).

What are your thoughts on the new map? Let us know below.

Tomorrow, we’re adding a PVP map to Destiny 2 with Iron Banner. Distant Shore will be available in all playlists when the event ends. pic.twitter.com/oxcvts7Lkv