Will players have much more control over their loadouts? “One hundred percent” as per Bungie. 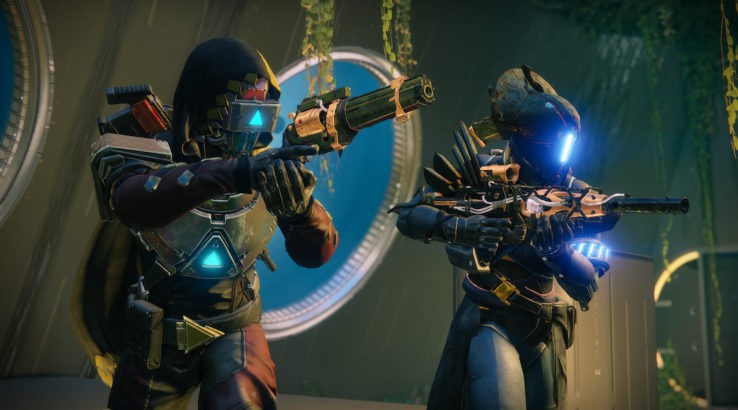 One of the many criticisms against Bungie’s Destiny 2 which appeared at its reveal was the dual Primary weapon system. In Destiny 1, players could equip a Primary weapon (like an Auto Rifle or Scout Rifle), Special weapon (Shotgun and Sniper Rifle) and Heavy weapon (Swords and Rocket Launchers). However, the sequel relegated Special weapons into the new Power weapon slot alongside Swords, Rocket Launchers and Grenade Launchers.

Fans have been clamouring for a return to the Destiny 1 style of weapon slots and they might be getting their wish. Key emphasis on the word “might” however. During the recent Bungie Bounty stream, community manager David “DeeJ” Dague and gameplay designer Josh Hamrick were asked whether it was reasonable for Destiny 2 to return to the old style of loadout. Kudos to Mblim771_Kyle on Reddit for the transcript.

Hamrick noted, “That is a reasonable request. Ultimately, we want to do something better. We are actively working on Weapon Slot changes right now, like…right now.”

Though Hamrick said he couldn’t talk about that “right now”, it’s because, “There’s a lot of details moving, a lot of moving parts, a lot of things still coming together, a lot of things in playtest. That being said, I’d be happy to talk about it this Summer. We can definitely get back together and have a real chat about where we’re taking it.”

When DeeJ said it sounds like players would have a lot more control over how their loadouts are configured, Hamrick responded, “Yes, one hundred percent.”

The one big thing to assume is that Bungie could allow players to have weapons in whatever slots they wish. It’s not the weirdest idea – look at Borderlands 2, for example – but how does that fit with Bungie’s stance on PvP balance, ammo economy and so on? We’ll have to wait for more details in the coming months.