Crucible seems to finally be receiving some kind of test server.

Though Warmind has just been released and Bungie is preparing to showcase Destiny 2’s September expansion at E3 2018, it still has things coming for the current player base. On May 29th, it will introduce Faction Rally improvements, Exotic Armour changes and Crucible Labs with update 1.2.1.

The Crucible Labs announcement is interesting since it will seek player feedback on “experimental PvP content”. More details will be shared prior to launch but it seems to indicate a test server for PvP, something which players have requested for years now.

In July, there will be a new event called Solstice of Heroes meant for players to “celebrate their accomplishments”. Whether that means receiving reskinned rewards or not, there will be new things to earn. Furthermore, Bounties will return and both raid lairs will receive Prestige Mode. Exotic armour will receive further changes while Year 1 Triumphs also return. 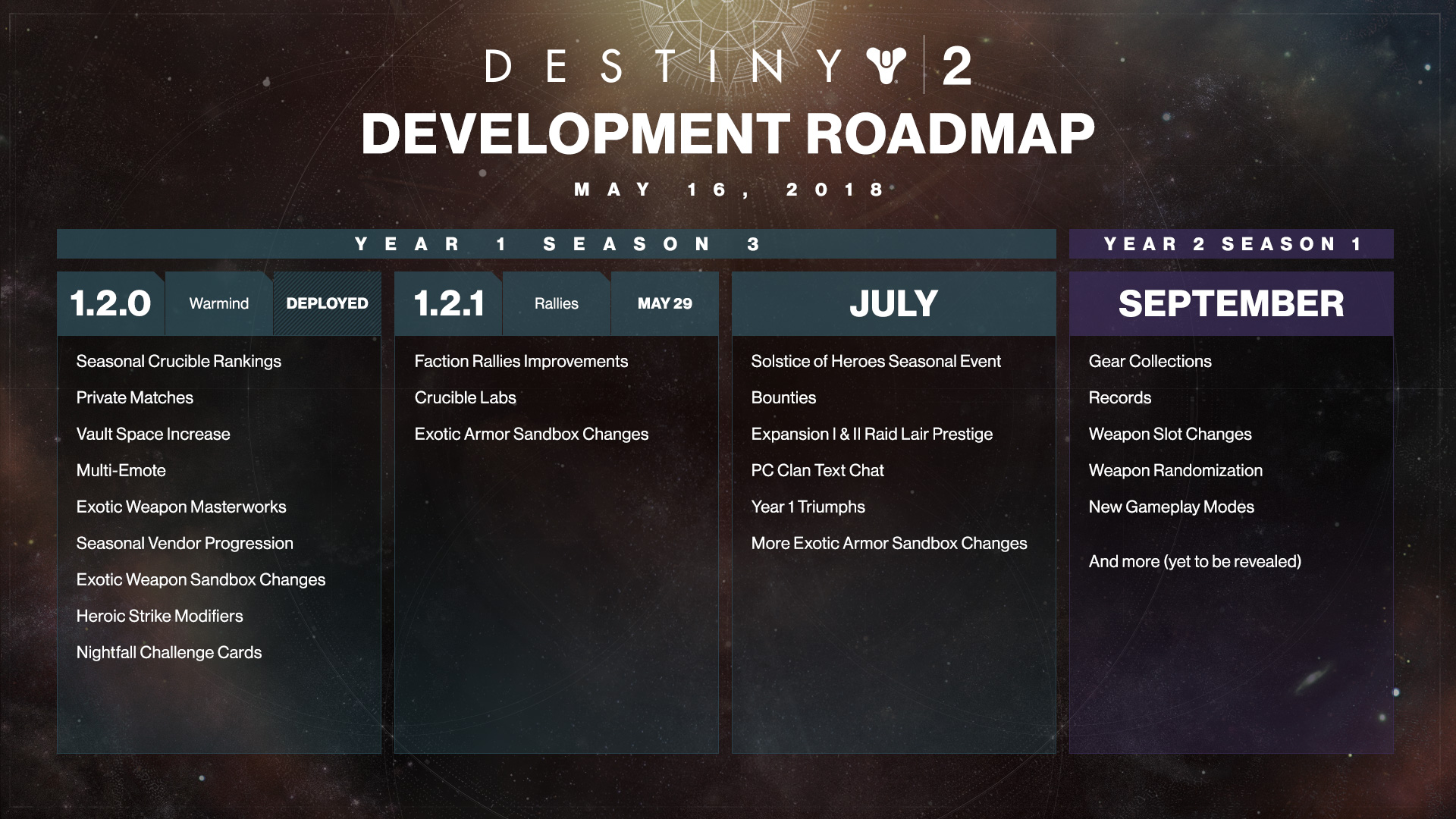