Truth, new bosses, Moments of Triumph, and much more outlined for the next content release. 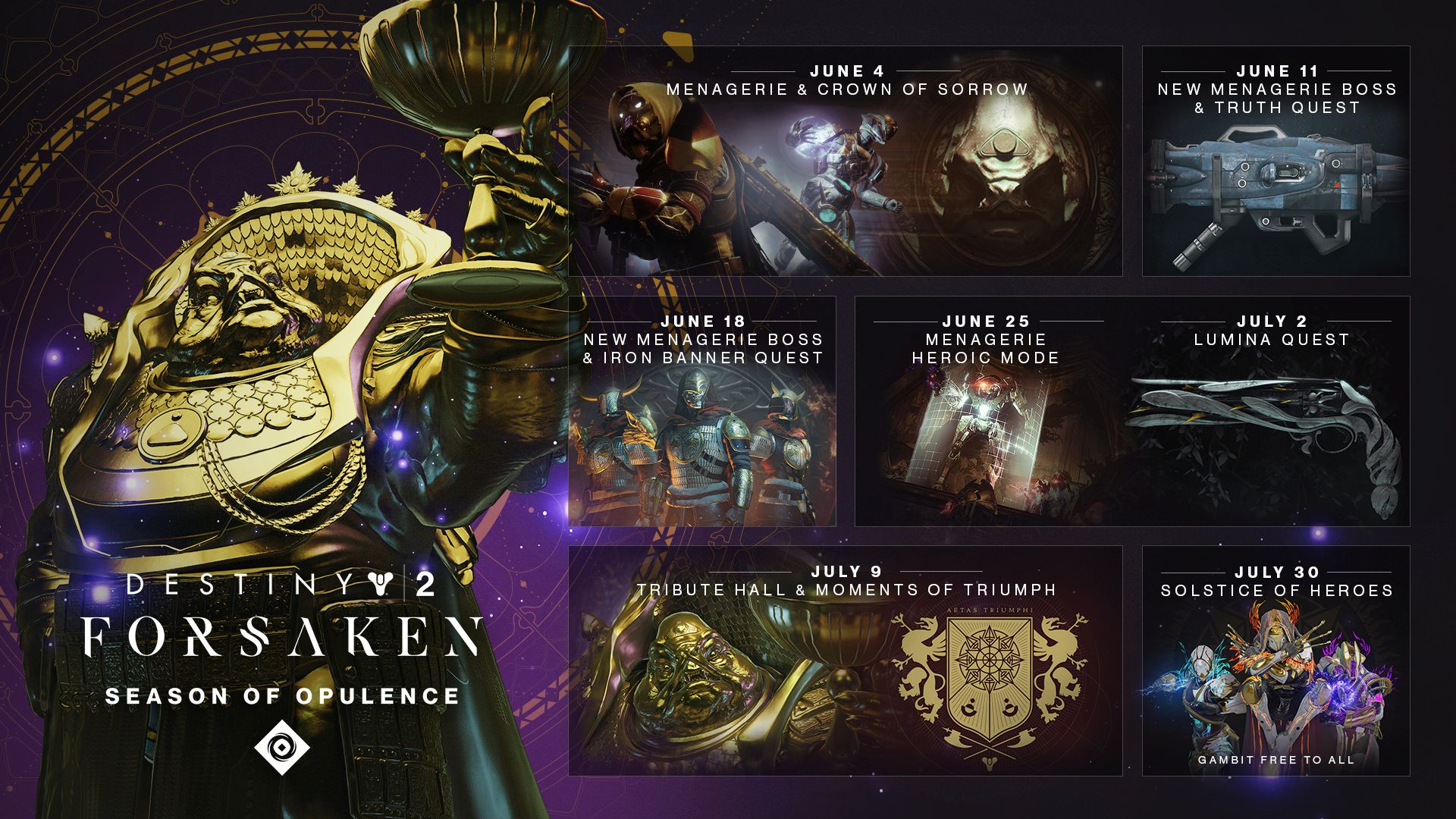 Bungie has released the first trailer for Destiny 2’s Season of Opulence, the final content drop as part of the Annual Pass. It takes players to the Leviathan, where Emperor Calus will provide even more ways to get stronger. Check out some of the new weapons and armour in the trailer below.

The Menagerie is a new six-player activity, and it supports matchmaking. Partaking in this requires the Chalice of Opulence, which can be used to create an “offering of runes”. These will be exchanged for weapons and armour that players can actually choose. Upgrading the Chalice over time will result in “more plentiful and powerful rewards.”

New Menagerie bosses will be added in June along with Heroic difficulty, the latter requiring a pre-made team. There will also be objectives doled out by Benedict-44 that lead to more powerful rewards. Other quests that players can look forward to include one to obtain the Exotic rocket launcher Truth, and another for the Lumina hand-cannon. Season of Opulence goes live on June 4th, so stay tuned for more details until then.