Destiny 2: The Recent Leak Might Be Nothing But A Hoax

Those Rumors around Destiny 2 are looking shakier all the time. 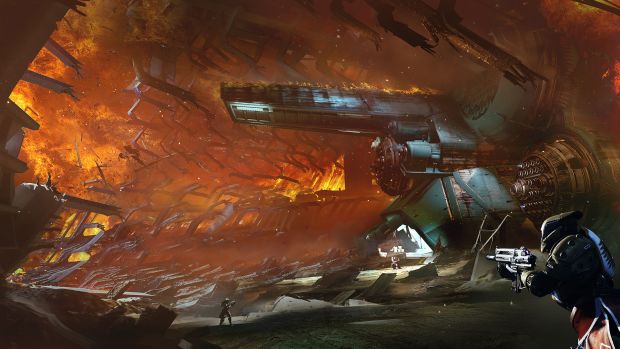 Rumors began spilling forth from a Reddit thread earlier this week, not just about extra information about Destiny’s coming DLC, The Taken King but also about the possible release of Destiny 2. While the rumors had always looked a bit shaky, as that information always has to be taken with a grain of salt. Now there are plenty in the gaming community that are starting to see this info as more of a massive troll on the Destiny community of players than anything else.

As Paul Tassi at Forbes points out, there are a number of problems with the comments being made by a guy who says he managed to speak to some Bungie employees. Obviously the first problem is that it seems unlikely that Bungie employees are going to give up so much information to someone so obviously willing to offer up info on the Internet. Quite a few of the details talking about Taken King, in particular are pieces of info that were likely put together from trailer releases and the like.

Where the dubious details really get dubious is when the post talks about a rather big change in the way Bungie is going to be making revenue off the game series moving forward. The poster claims that Destiny 2.0, claimed to be called Destiny 2: The Shattered Suns will no longer have paid DLC. Instead a new subscription service will be implemented. This seems like something unrealistic if for no other reason than it would be a major change to how video games like this work. Bungie hasn’t completely shut down these rumors yet, but it feels like it ‘s only a matter of days until it does.