Another great expansion to the epic Destiny 2 world.

Destiny 2 has gone through nothing short of a complete overhaul in the nearly five years since its original launch. From Bungie’s separation from Activision Blizzard to becoming a fully free-to-play experience with large annual updates to gameplay, story, and quality of life, the current Destiny 2 experience is a fundamentally different experience now compared to just a couple years ago, and it’s continuing to gain steam. The newest expansion, The Witch Queen, which is the overall sixth expansion for the game and certainly one of the largest single expansions it has seen, brings a ton of new story and content to the fold, further extending the legs of this ongoing, living world. For those already immersed in Destiny 2’s experience, there is enough content, challenge, and excitement here to add yet another jolt of life, and while it’s still not going to be the most accessible game to newcomers, it’s a great entry point nonetheless for those who haven’t played before.

The Witch Queen doesn’t only expand on Destiny 2’s story and lore, but it harkens all the way back to the original Destiny in its story. The campaign is one of the more fleshed out of any Destiny campaign so far, centering around the titular Witch Queen, Savathün, sister of Oryx, who we first heard about in Destiny’s Taken King expansion. Its plot sees you searching for Savathün through her Throne World and attempting to find her by uncovering her memories and attempting to determine how she came to power, who she serves, and how she became able to wield the Light. 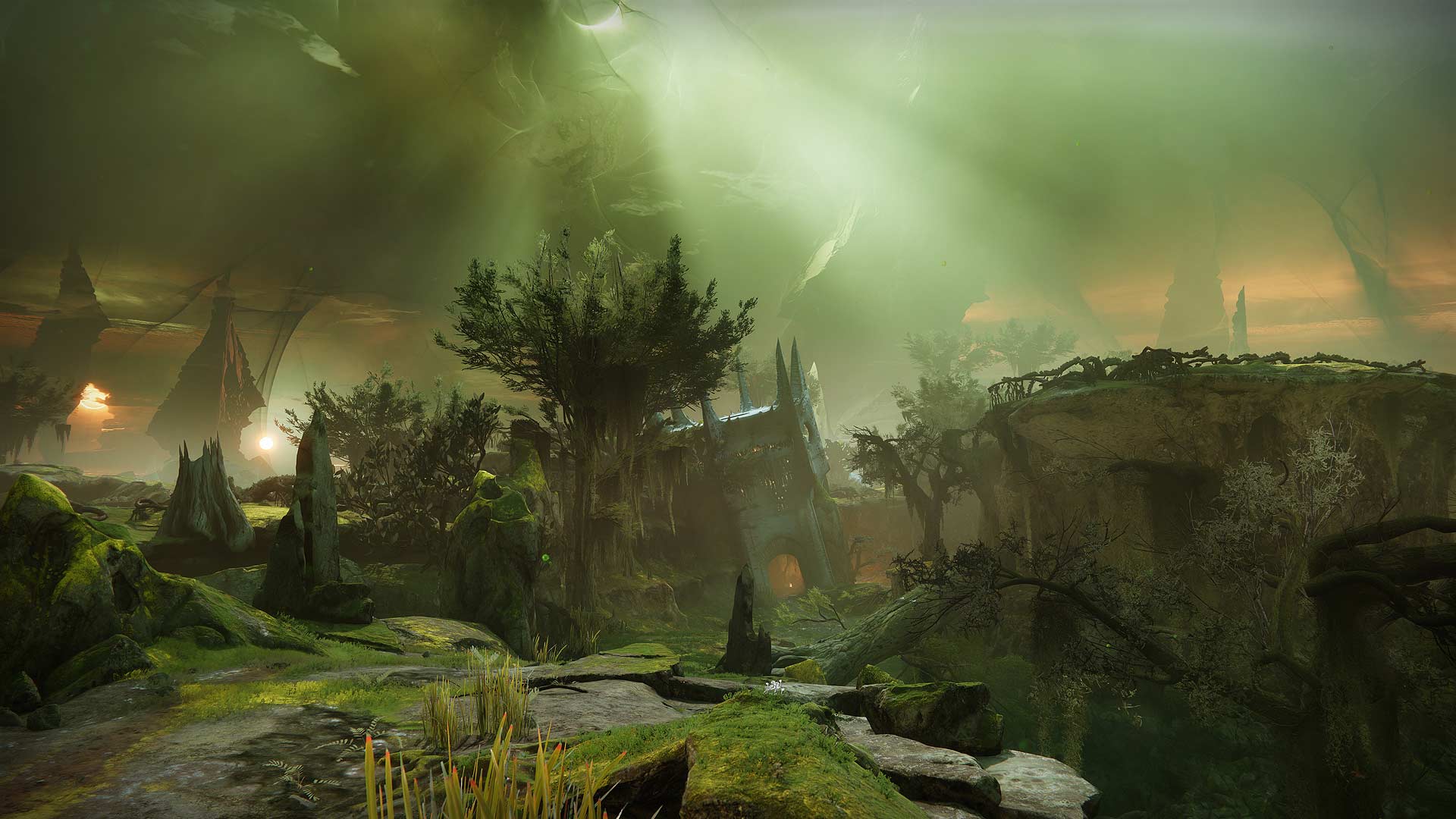 "For those already immersed in Destiny 2’s experience, there is enough content, challenge, and excitement here to add yet another jolt of life, and while it’s still not going to be the most accessible game to newcomers, it’s a great entry point nonetheless for those who haven’t played before."

As is common for Destiny, much of the story is told through dialogue from your Ghost, as well as Fynch, a Hive Ghost who helps point you in the right directions amidst Savathün’s and the Hive’s trickery, though there are a handful of cutscenes strewn throughout the ten or so hours of story, and even a couple of highly linear sequences in the Memory Altar, to give even more of a deep dive into who Savathün is and even to attempt sympathize with her in some ways without it being completely told to you. It’s a relatively easy-to-understand story on its surface with just a short background in the lore, so newcomers will be able to jump in without being completely lost, but it’s of course more rewarding to players who have been around since the beginning of Destiny 2 or earlier. It’s fascinating to see how certain plot threads are wrapped up or continued, and though I’m not crazy about the entirety of the plot, I think it’s one of the better Destiny 2 stories we’ve seen so far.

The gameplay of The Witch Queen, especially in the campaign, has seen a handful of tweaks and significant additions that make it a notably different experience than it’s been. Savathün, like the Guardians, is able to wield the Light, which not only makes for an interesting plot element but also adds some new things to gameplay. Particularly, many of the higher-level enemies under Savathün’s control, called the Lucent Brood, are able to wield Light-based powers and can be resurrected if you don’t also kill their Ghost after them. While an interesting contextual addition, this doesn’t do much more than adding in another round of the same miniboss if you fail to execute them, rather than adding any substantially different type of gameplay.

The other major addition to gameplay is Deepsight, a contextual power that Guardians can utilize to see hidden pathways or platforms. These are exclusively part of the more puzzle-based aspects of the campaign and endgame content, but I usually felt just challenged enough to find the secret it wanted me to find to stay engaged. Plus, it allows for some new pathways to explore certain areas and environments in The Witch Queen, which remain intimidatingly large, impressively complex, and enjoyably colorful, especially as you’re making precise jumps over large bottomless pits or fighting through pink and green courtyards to get to Savathün’s throne. 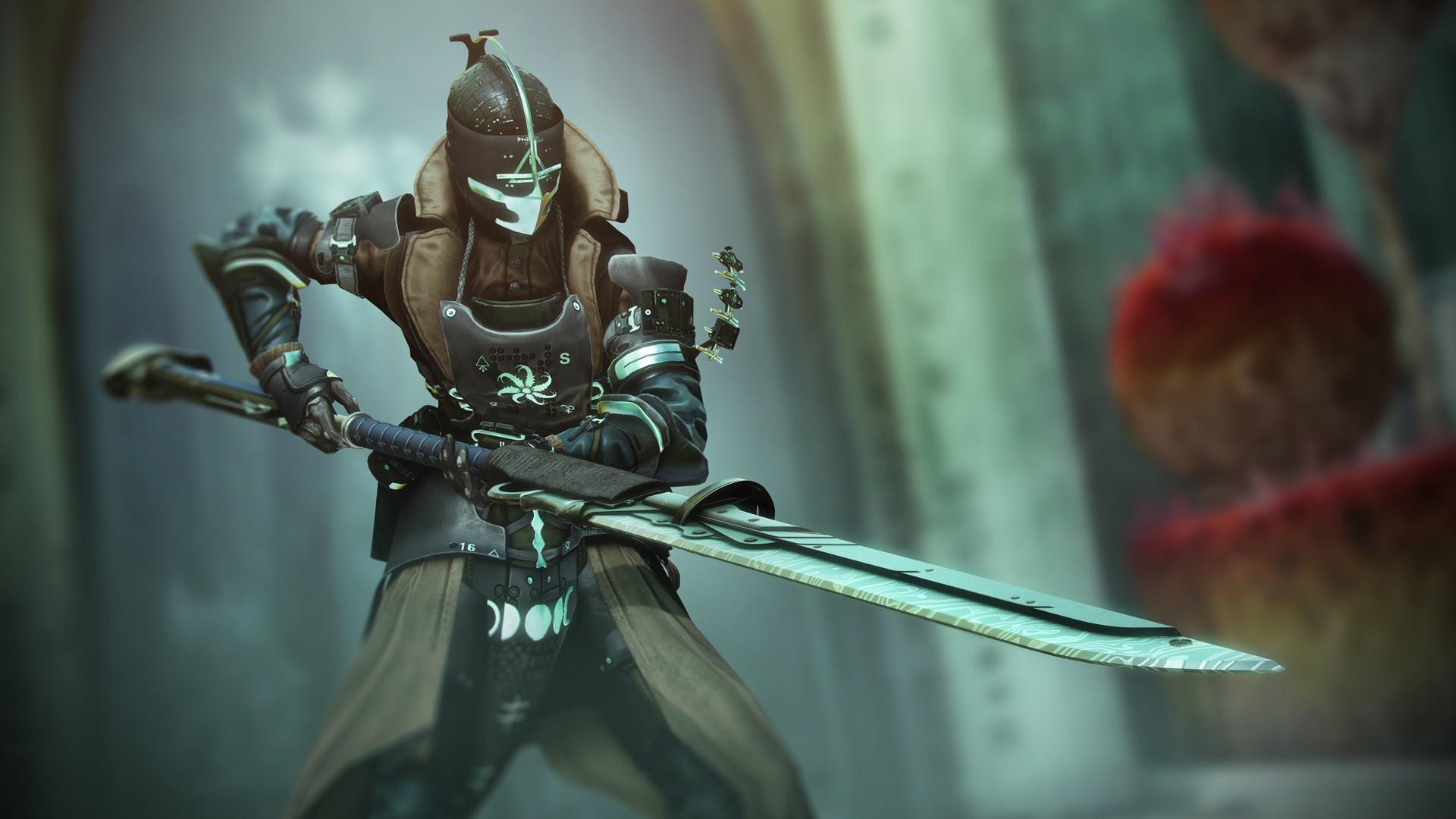 "The gameplay of The Witch Queen, especially in the campaign, has seen a handful of tweaks and significant additions that make it a notably different experience than it’s been."

Some of the linear sequences feel a tad contrived, like they’re trying to make some corridors feel more interconnected than they actually are, but for the most part, it’s a visual treat to see both the huge expanses and the tiny details of many of The Witch Queen’s environments. Savathün’s Throne World, the new grimy and muddy realm introduced for The Witch Queen, is on par with most other realms in terms of its content and structure, and it contains enough content in patrols and secrets, as well as the new Ferry the Resonant Splinter public event, to hold your attention, though it alone doesn’t add too much to gameplay.

Some of the other tweaks to gameplay are more minor but still notable changes that veterans will appreciate. There’s a new Glaive weapon type that can be a gun or melee weapon and is immensely fun to use once you figure it out, though its limited ammo holds it back. The Witch Queen introduces armor and weapon crafting as well, which I personally didn’t find incredibly useful, as it’s much more fun to find higher-level gear out in the world, but the process is simple enough to understand and certainly will be expanded upon in future updates. You can also play through the entirety of The Witch Queen’s campaign in Legendary Mode, which should be a familiar idea to anyone who’s played through any of Halo’s campaigns on Legendary difficulty. It’s a much more difficult version of the campaign that naturally brings bigger rewards and better loot, and while it doesn’t change the content of the story or the core of the gameplay, it’s there for people who want to take on a meatier challenge or level up more quickly.

As of the beginning of The Witch Queen’s first season, “Season of the Risen,” Bungie has upped everyone’s power level to 1350 to give everyone an even playing field to boot. With a soft cap of 1500 at launch, there’s a good amount of room for growth, though once you beat the campaign, you should be close to that level, or well above it if you’ve beaten the Legendary Mode. The progression system is still as numbers-based as ever, and it’s still frustrating that with so many possible alterations to subclass, gun or armor mods, power upgrades, and so on, the only real measure of whether a piece of gear is worth it comes down to the big number on the front. 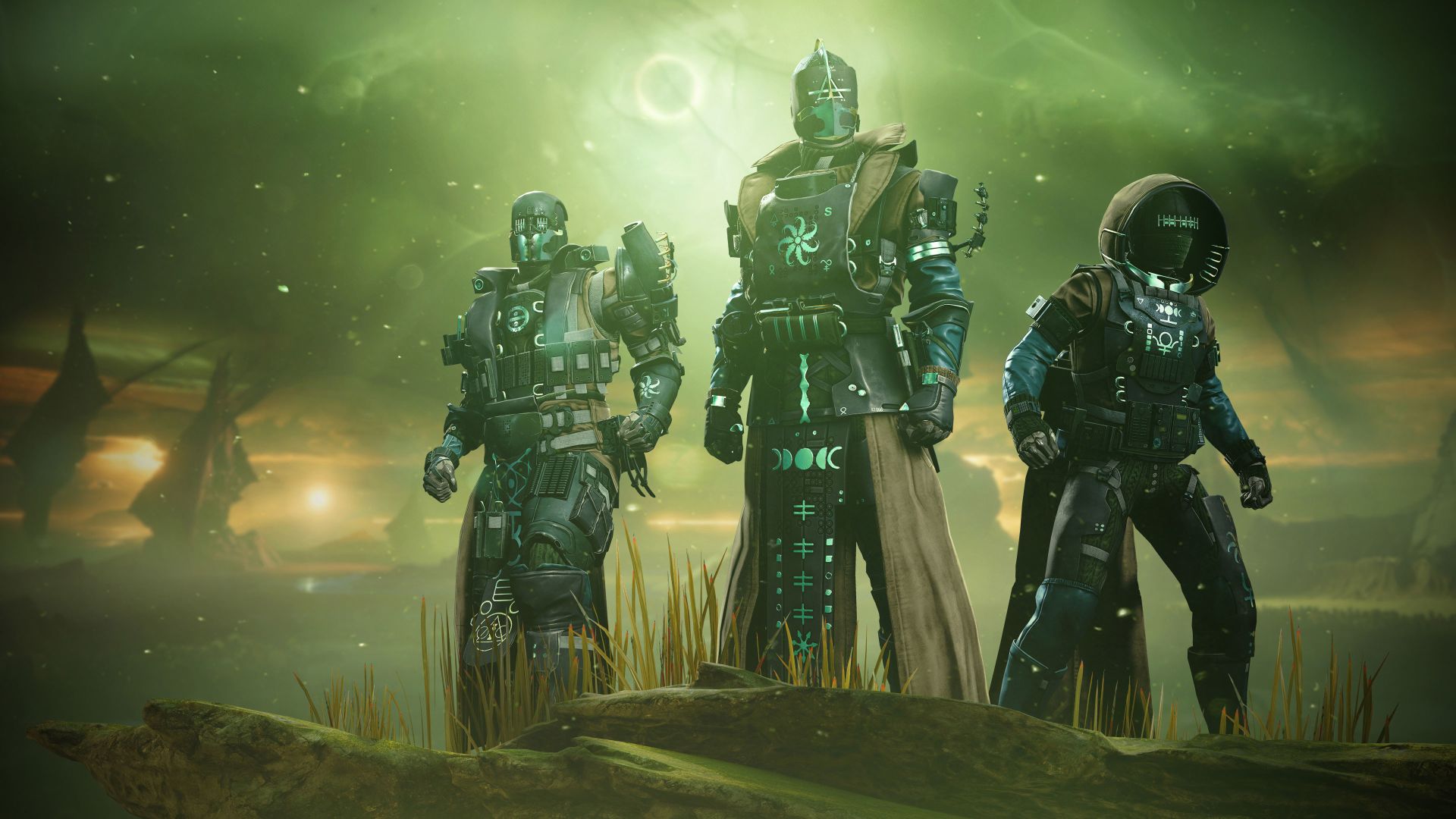 "Destiny 2 is about as alive as an experience can be five years after launch, with a strong, growing player base and an ever-changing, widely expanding world, and The Witch Queen is a fantastic addition to Bungie’s epic."

With that said, the endgame content begins to ramp up quickly, especially with the new Raid, “Vow of the Disciple.” With the increase in how tricky and intellectual The Witch Queen dares to be, the Raid requires you to be as thoughtful and cooperative as any Destiny Raid in the past, and of course, it’s as difficult a challenge as you’ll face in the entire expansion. It’s not for the faint of heart, but the new Raid is a great experience for any coordinated fireteam looking to reach the true level cap.

Destiny 2 is about as alive as an experience can be five years after launch, with a strong, growing player base and an ever-changing, widely expanding world, and The Witch Queen is a fantastic addition to Bungie’s epic. It feels truly like a story and setting that Bungie has been waiting to tell since the original Destiny, and it threads together a ton of storylines and interesting gameplay elements with the continuation of stories that we can only hope are at the core of Lightfall and The Final Shape. The issues with The Witch Queen are issues that permeate all of Destiny 2, but with enough content through its campaign, world events, and endgame missions, new and existing Destiny 2 players alike have every reason to jump into the experience now.

Final Verdict:
GREAT
Destiny 2: The Witch Queen is yet another reason Bungie’s epic living world has this type of staying power, and new and existing players alike have every reason to jump in here.
A copy of this game was provided by Developer/Publisher/Distributor/PR Agency for review purposes. Click here to know more about our Reviews Policy.