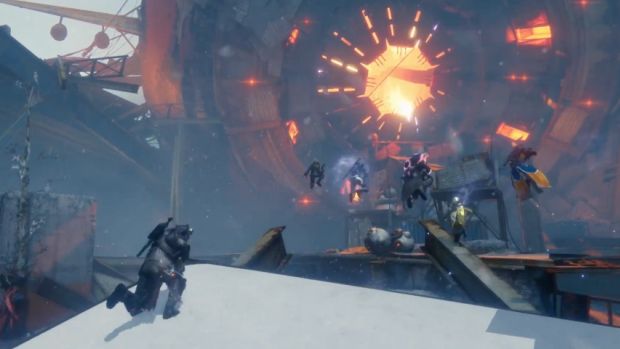 Destiny’s next content update for Rise of Iron will bring the hard mode version of Wrath of the Machine to the erstwhile Guardians to attempt. Along with the higher difficulty raid, players will also see a Light level increase with patch 2.4.1.

According to Bungie in its weekly update, you can expect the patch to go live at 10 AM PST on October 18th. The hard mode raid goes live at 2 PM PST on the same day. Meanwhile, live team senior designer Victoria Dollbaum explained how the Light levels would break down for rewards following the overall increase.

“On October 18th, corresponding with the release of Heroic Mode for Wrath of the Machine, your Maximum Light will be increased to 400. With this increase, many reward sources will also increase their maximum Light. Strike Hoards, Nightfall, Exotic Engrams, Trials of Osiris, Crucible, and Iron Banner will now provide rewards up to 400 Light. Archon’s Forge, the Heroic SIVA Strike playlist, and Legendary Engrams will now provide rewards up to 385 Light.

“Rare Engrams and the SIVA Strike Playlist will now provide rewards up to 365 Light. The recommended Light for these activities will remain the same with the exception of Nightfall, which will be increased to a recommended light of 380. For those striving to reach Heroic Wrath of the Machine or even attempt their first run at Normal Wrath of the Machine, players should find more paths and options available to them to reach the recommended Light.

“For players forging their path through Wrath of the Machine, Trials of Osiris, and Iron Banner, these activities will now attempt to reward higher Light on average, compared to your current Light.”

It was also noted that there were fewer sources for Artifacts and Ghosts than intended. Archon’s Forge will be updated with this in mind and provides said items at up to 400 Light. You can also look forward to Ghosts from faction packages and artifacts from Eris’ packages having increased drop rates.