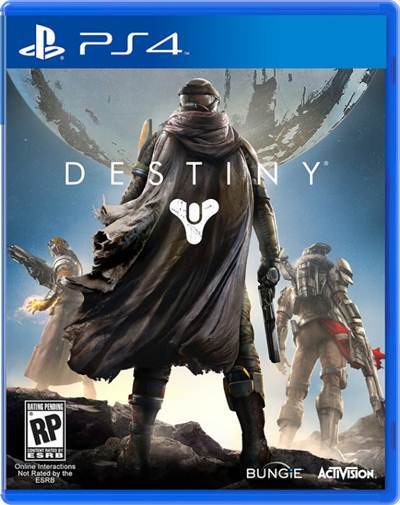 Destiny was first outed via a leak and there were rumors of it being an MMO.

The game was originally code named “Tiger” and was supposed to run on a new Bungie-developed engine and feature unique online connectivity and matchmaking technology. [reference]

It was announced when a screenshot was leaked showing futuristic soldiers and tanks.

Bungie are working with Activision and have signed a 10 year contract with them to work on this game and provide a lot of content after release.

One of the images shows a giant ball over the planet and a bunch of artwork revealed what type of game Bungie were making. [reference]

The game will be fun and accessible to all, and that is something a lot of MMOs should follow, because only then they will be able to get a gigantic subscriber base. Destiny will be accessible and people will have no troubles figuring it out, the leaked document read. [reference]

Bungie co-founder Jason Jones says “Destiny is designed for your inner seven year old. We want to make it feel like a mythic adventure.”

The game will require an always online internet connection. Well what do you expect from an MMO? The game will not feature any subscription fee, and is an FPS that will provide a lot of visceral combat.

The Earth and Moon are one of the many locations, and in the ViDoc, you can see a Bungie employee messaging a friend and telling him/her about his adventures in a specific locations. [reference]

There will also be something called the space zombies in the game, which you can see in the artwork below. The game is expected to be released in 2014, but a Bungie employee has mentioned that it shouldn’t be taken as a fact since there’s a lot of work left. 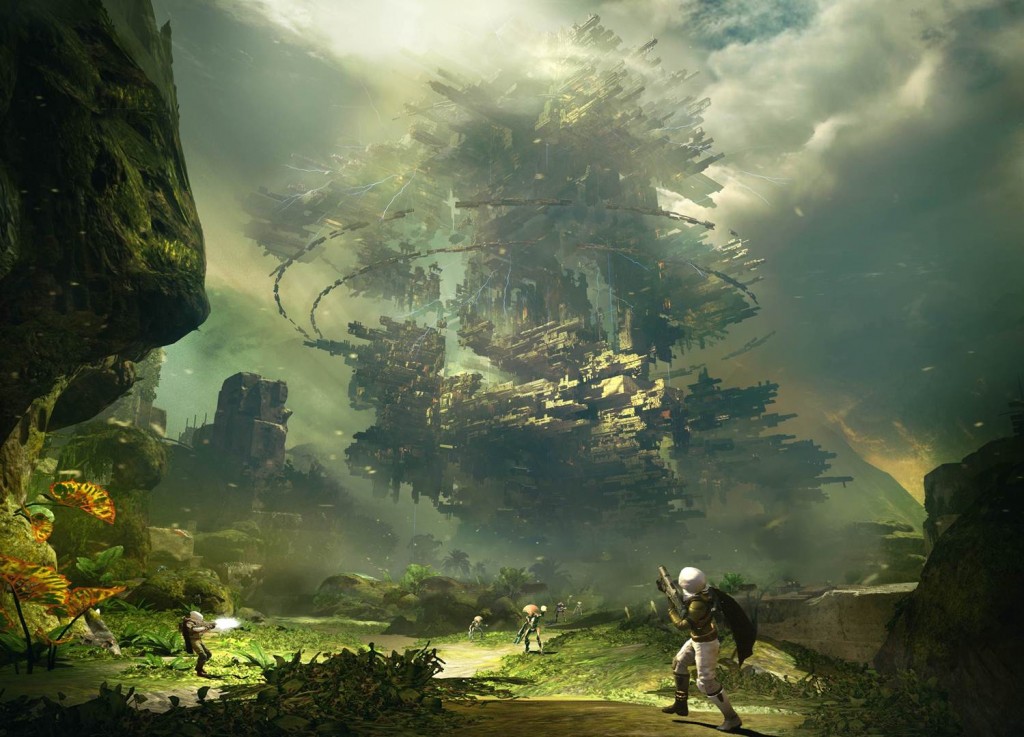 Bungie is also aiming to revolutionize the FPS market. [reference]

“We did a bunch of ambitious things on Halo deliberately to reach out to people. We limited players to two weapons, we gave them recharging health, we automatically saved and restored the game — almost heretical things to first-person shooters at the time,” Bungie Studios co-founder Jason Jones said.

“We made the game run without a mouse and keyboard. And now nobody plays shooters the way they used to play them before Halo ’cause nobody wants to.”

The game is referred to as a shared experience. [reference]

“You’re going to choose who you are in this world and every decision you make influences how you look or how you fight,” Bungie’s writer and design director Joseph Staten said.

“It definitely has properties of what you’d associate with MMOs, but it is at its heart an action game. And that’s one of the most important distinctions that Bungie is making, that and the fact that there won’t be a monthly subscription charge.” 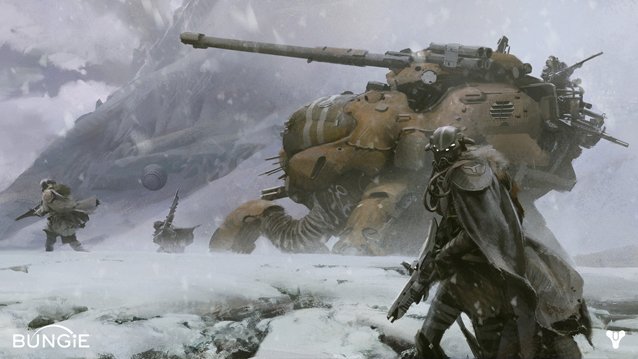 The gameplay will be social at its core. [reference]

The leaked image shows a PS3 and Xbox 360 logo, which are one of the platforms they are developing the game on.

They posted a new image after acknowledging the leaks, and said: “We’re not quite ready to take the wraps off our next universe, but in light of recent events we thought we’d give fans something a little more official over at Bungie.net. Feel free to drop by and say hello! There’s much more to come.”

There will be at least three classes at launch, and those are: Hunter (Sniper), Warlock (Magic), Titan (Assault class). Magic as you can see in one of the artworks below isn’t described properly so we don’t have much information on it.

The game is played from a first person perspective and makes use of some MMO elements when it comes to the design of enemies which often make use of multiple health stages that are comprised of shields and barriers etc.

Players can obtain new “Exotic” weapons which deal much more damage than their common counterparts and are sometimes powered up with special buffs. These weapons are obtained by defeating powerful enemies or engaging in raids with other players.

The game has a multiplayer suite that pits players against eachother in a battle for supremacy in death match styled matches or capture and hold game modes. Player characters carry over from the the main game allowing players to keep their guardians.

Since the game launched it has seen multiple patches and updates that brings new gear and weapons to the game and more recently a major DLC update, The Dark Below, that costs $20 and has caused some controversy because it has blocked players without the DLC from taking part in weekly challenges that make use of its assets. 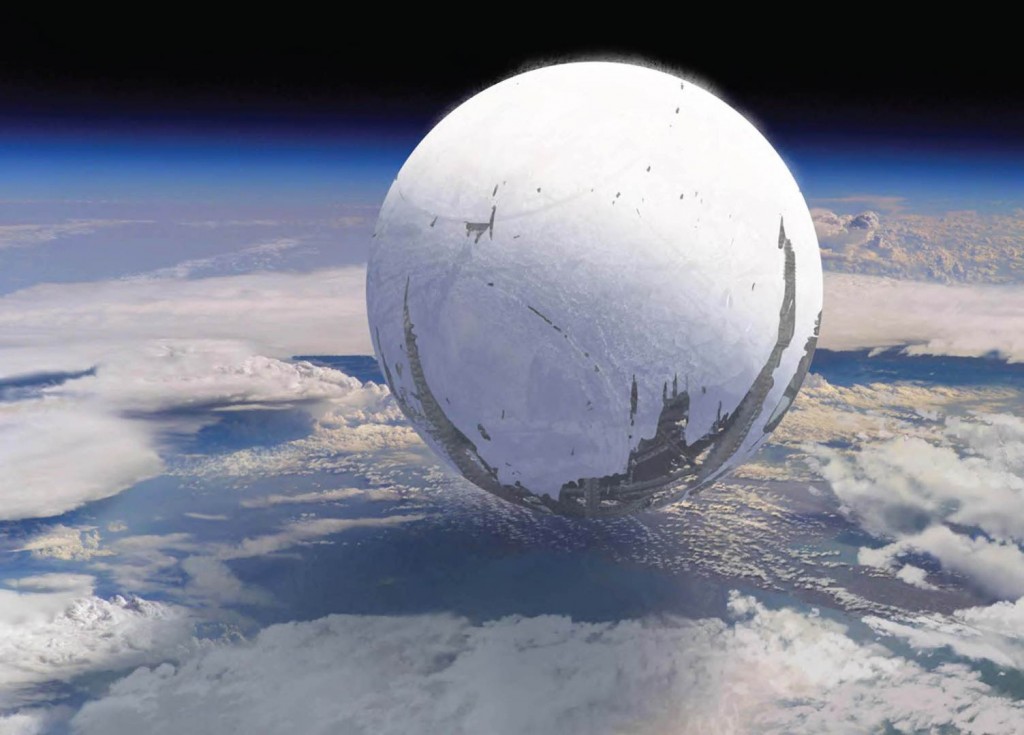 ”Our story begins seven hundred years from now in the Last City on Earth, in a Solar System littered with the ruins of man’s Golden Age. A massive, mysterious alien ship hangs overhead like a second Moon. No one knows where it came from or what it’s here for, but only that it’s our protector.

“Meanwhile, strange, alien monsters creep in from the edge of the universe, determined to take Earth and the Last City. We are young ‘knights’ tasked with defending the remains of humanity, discovering the source of these monsters and – eventually – overcoming it.” Elsewhere in the document, the massive alien ship is referred to as ‘the Traveler.’”

Though we’d like to make a reference to the tune of Bungie “getting the band back together” for their upcoming online FPS Destiny, we’ll refrain. After all, composers Martin O’Donnell and Michael Salvatori composed the soundtracks for several Bungie franchises like Myth and Oni before moving on to the Halo titles when Microsoft bought Bungie. [reference]

It’s now been revealed that both men will be composing the soundtrack for Destiny. Paul McCartney will also be bringing his musical talent to the team that will be making the games score.

Tons of new artworks were revealed along with a vidoc on the game. [reference]

You can also check out Destiny Wallpapers in HD. [reference]